The Lufthansa Group reported a continuation of the recovery in demand and load factors last month. Group passenger numbers surged 35.8% to 8.4 million, though excluding the consolidation effect of Austrian Airlines and bmi, the Group carried 8.9% more passengers, while RPKs rose 9.9% and capacity rose 3.4%. The passenger load factor climbed by 5.0 ppts to a “very good” 83.6%. 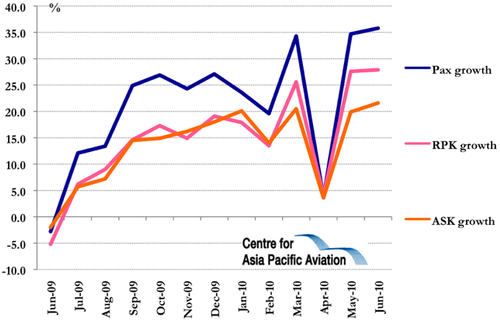 Lufthansa Passenger Airlines expanded capacity by 2.4% by using larger aircraft, with the absolute number of flights remaining unchanged. “Sales [RPKs] continued their ascent of recent months”, according to Lufthansa, rising by 9.8% in Jun-2010 and load factors climbed 5.6 ppts to 83.3%. The airline stated the revival of demand continued on both long and short-haul routes.

The Asia Pacific region again reported the steepest rise in load factor, up 11.2 ppts to 88.4%. 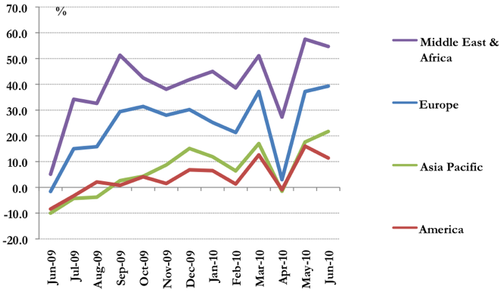 Traffic (RPKs) at bmi “benefited both from the general market recovery and from the persistent strike action at British Airways in June”. A total of 611,000 passengers were carried and the passenger load factor rose again sharply compared with prior months to 74.2%. 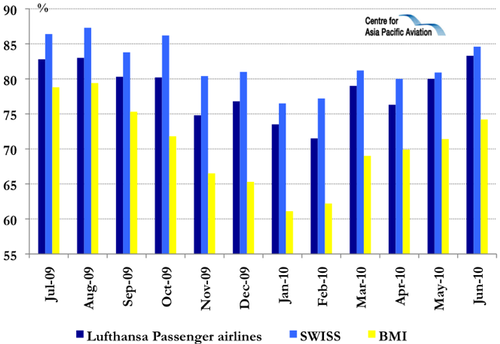 Demand for freight stayed strong in June as market capacity remained limited, according to Lufthansa. Lufthansa Cargo improved its traffic (FTKs) by 25.1%, only extending capacity by 9.0%. The load factor picked up as a result by 9.3 ppts to 72.4%, maintaining its pre-crisis level in June as well. 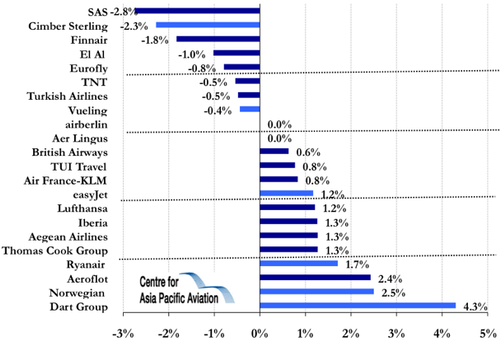