LCC stocks were mixed yesterday (18-Jun-09). In the Asia Pacific region, AirAsia's shares were down 3.4%, almost negating the previous day’s 3.5% gain, while in Europe, Ryanair's shares remained in negative territory, down 3.0%, with easyJet down 0.6% and Air Berlin stable, despite a slight improvement in European stock markets on 18-Jun-09. 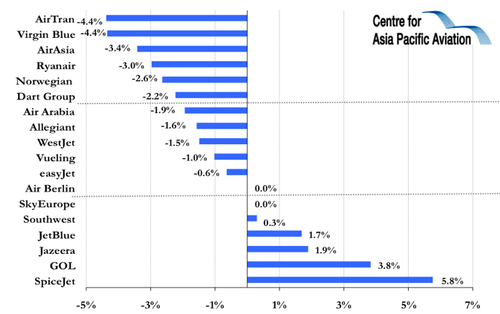 Among the North American LCCs, Southwest and JetBlue reported gains, of 0.3% and 1.7%, respectively, while Allegiant and WestJet reported share price reductions of 1.6% and 1.5%.

WestJet CEO, Sean Durfy, recently stated that the carrier is forecasting “short term pain” in 2Q2009 and 3Q2009, due to weak demand resulting from the global financial downturn and the swine flu outbreak, and lower fares as competition intensifies. The LCC, which has been closing the gap on its major competitor, Air Canada, for months, is also expecting this “difficult” second half before a recovery in 2010.

WestJet’s shares are currently trading at slightly under CAD11, the lowest level since early Mar-2009. 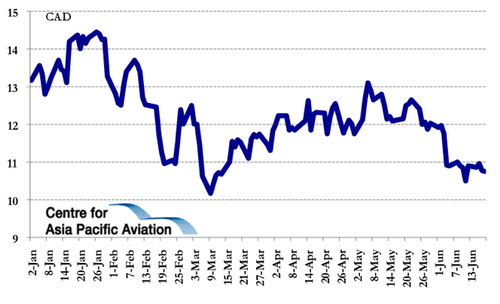