LCC share prices were generally lower yesterday, with the exception of the UK regional operator Flybe. Most heavily affected were Asian carriers (Tiger Airways, AirAsia and Skymark), although there were significant share drops in North America (Southwest Airlines in particular) and Europe (notably Norwegian and Vueling).

International Airlines Group CEO Willie Walsh stated the company would consider the acquisition of an LCC. The company is "clearly ambitious" about further consolidation and an LCC could be used to feed short-haul traffic into the networks of British Airways and Iberia. Mr Walsh stated Vueling Airlines, 46% owned by Iberia, already feeds traffic into some of IAG’s network. 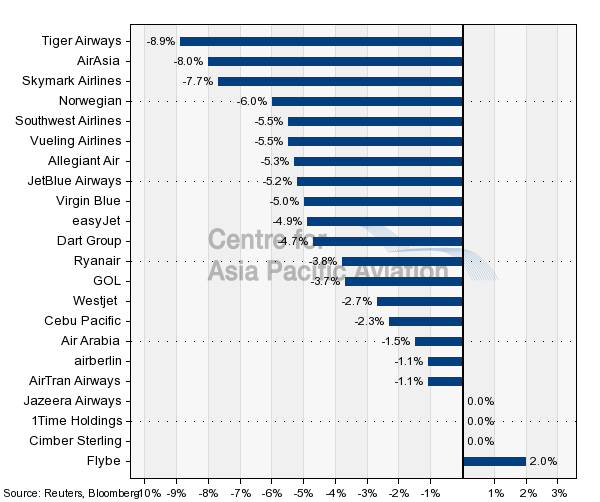