The majority of North and South American carriers witnessed another drop in stock prices on Friday (20-Nov-2009), as stocks moved with the Dow (-0.1%). The AMEX Airline Index fell 0.1% as a result. Oil prices meanwhile fell (-1.1%) for the second consecutive session, to USD76.65, reducing gains made earlier in the week.

LAN Airlines (+2.0%) saw stocks up on Friday, after JP Morgan initiated coverage on the carrier’s stocks at ‘Overweight’. The analysts stated they expect LAN’s earnings-per-share to more than double in 2010, as the global economy recovers. The carrier’s stock price has gradually increased over the past three months. 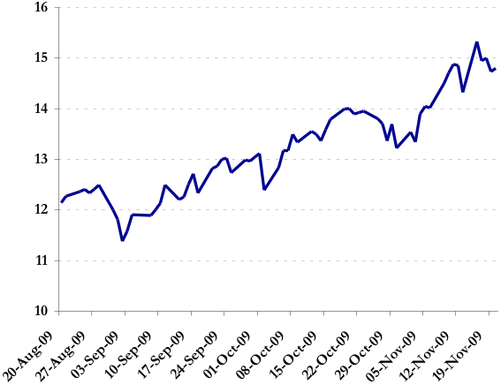 Southwest (+1.0%) and Alaska Air (+0.9%) were also up at the end of trading. Alaska Air announced during trading that it had successfully completed the IATA Operational Safety Audit (IOSA) and has been renewed on the IOSA Registry. The carrier has been on the registry since 2006.

United Airlines (-0.7%) is reportedly close to reaching a deal with either Boeing or Airbus for 150 aircraft, narrowing its options to either B787 Dreamliners or A350-XWB aircraft. The carrier plans to place a firm order for 25 long range aircraft worth approximately USD5 billion by the end of the year, with options for an additional 75 wide-body aircraft. United also plans to place a separate order for 50 narrow-body aircraft in 2010. 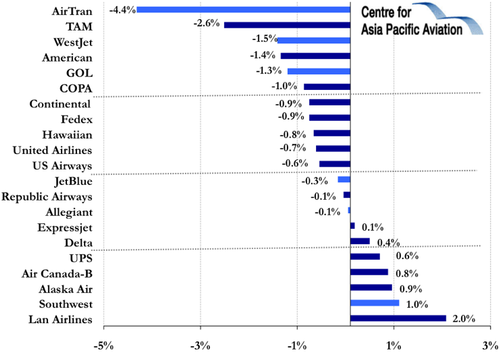