Nigeria’s attempts to privatise its four main airports have been a continuing saga since the current government came to power seven years ago.

The underlying issue has been the staunch objection of opposition parties and workers' representatives to the scheme. They would prefer unprofitable secondary-level airports to be concessioned first, but realistically – who would want them?

Investment in those four airports has been high, with new terminals completed at Abuja (the capital), Port Harcourt, and now at Lagos, but that hasn’t necessarily improved efficiency.

But on the back of the culmination and opening of the Lagos terminal the government is again trying to conclude the concession procedure, promising it will now happen.

The question is, will the international airport investment community want to play ball?

There are, in addition, two food courts and 3000sqm of duty free space; also four lounges, 22 "guest rooms" and a spa.

MMIAT2 was developed in cooperation with the Export-Import Bank of China and China Civil Engineering Construction Corporation and under the rehabilitation programme of the Federal Ministry of Aviation, in which 22 federal airports were marked for upgrade and remodelling.

The Minister of Aviation Hadi Sirika also outlined plans to develop a rail link to the new terminal, and the Lagos State Government signed a Memorandum of Understanding (MoU) with the Federal Airport Authority of Nigeria (FAAN) to construct ancillary road infrastructure that will create “seamless vehicular connectivity to the airport.”

The state governor Babajide Olusola Sanwo-Olu described the delivery of the new air terminal as a “long-overdue upgrade” to the nation’s flagship international airport. Mr Sanwo-Olu added that the partnership with FAAN “further testified to a new era of productive collaboration between Lagos and the Federal Government, which was not the case between 1999 and 2015”.

Remaining a key player in the global logistical ecosystem

The Aviation Minister insisted the new terminal must boost efforts to achieve an efficient and rapid transportation network, by which Nigeria would remain “a key player in the global logistical ecosystem,” facilitating international trade, commerce and tourism, leading to the creation of jobs and boosting the economy.

MMIAT2 is one of numerous projects to have arisen out of an aviation ‘roadmap’ developed in 2016, which identified airport infrastructure as a catalyst for economic growth, foreign direct investment, and development globally. The administration prioritised the completion and delivery of five new international terminals.

The four primary airports are designated as Free Trade Zones

Specific fiscal policies were introduced to drive aviation infrastructure renaissance. They include the designation of four airports – namely Lagos, Abuja, Kano and Port Harcourt – as Free Trade Zones, where: customs duty is not applicable; there is removal of VAT on all forms of shared transportation, including air transportation; and exemption of commercial aircraft and spare parts from VAT payment.

The construction of the new Lagos terminal is aligned with this government ‘aviation roadmap’ developed in 2016 for the purposes of establishing critical infrastructure, including a national carrier, maintenance, repairs and overhaul (MRO) centre and improved airport terminals through concession, to boost aviation practice in line with global standards.

West Africa has long suffered from the lack of a signature airport, although South Africa (Johannesburg), North Africa (Cairo) and East Africa (Addis Ababa) all have one. MMIA was the ninth busiest airport on the African continent in 2018 and 2019, gaining three places to sixth place in 2020 during the first coronavirus pandemic year.

But the airport lacks the cachet of those other airports, even though Lagos is the second most populous city in Africa (after Kinshasa) and is the chief commercial city of the most populous country in Africa by far (218 million), which also happens to be the world’s 11th largest oil producer.

MMIA was less impacted by the COVID-19 pandemic than some peer airports in Africa – passenger traffic fell by 45% in 2020, which is the last full year for which meaningful statistics are available. 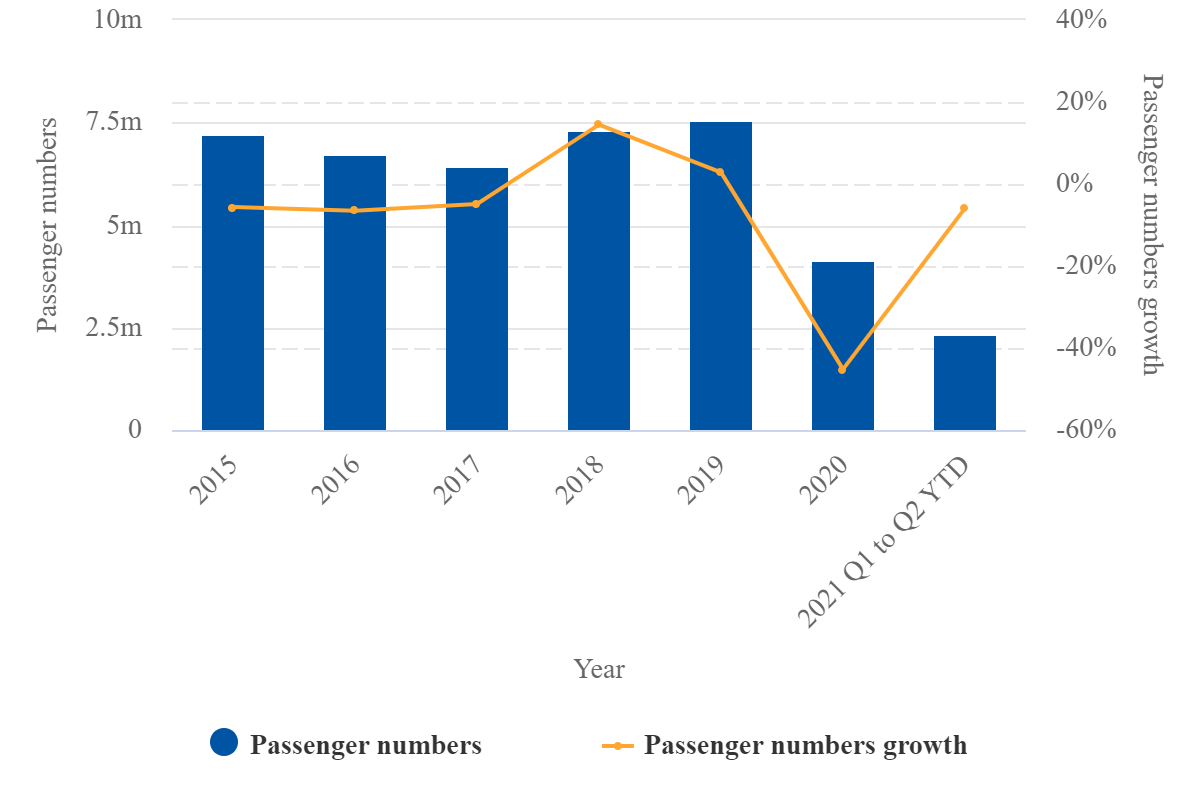 Source: CAPA - Centre for Aviation and Federal Airports Authority of Nigeria and National Bureau of Statistics.

Before that there was a spurt of activity in 2018 (+14%), but otherwise, since the present government came to office in 2015 there has (in the main) been ‘negative growth’. 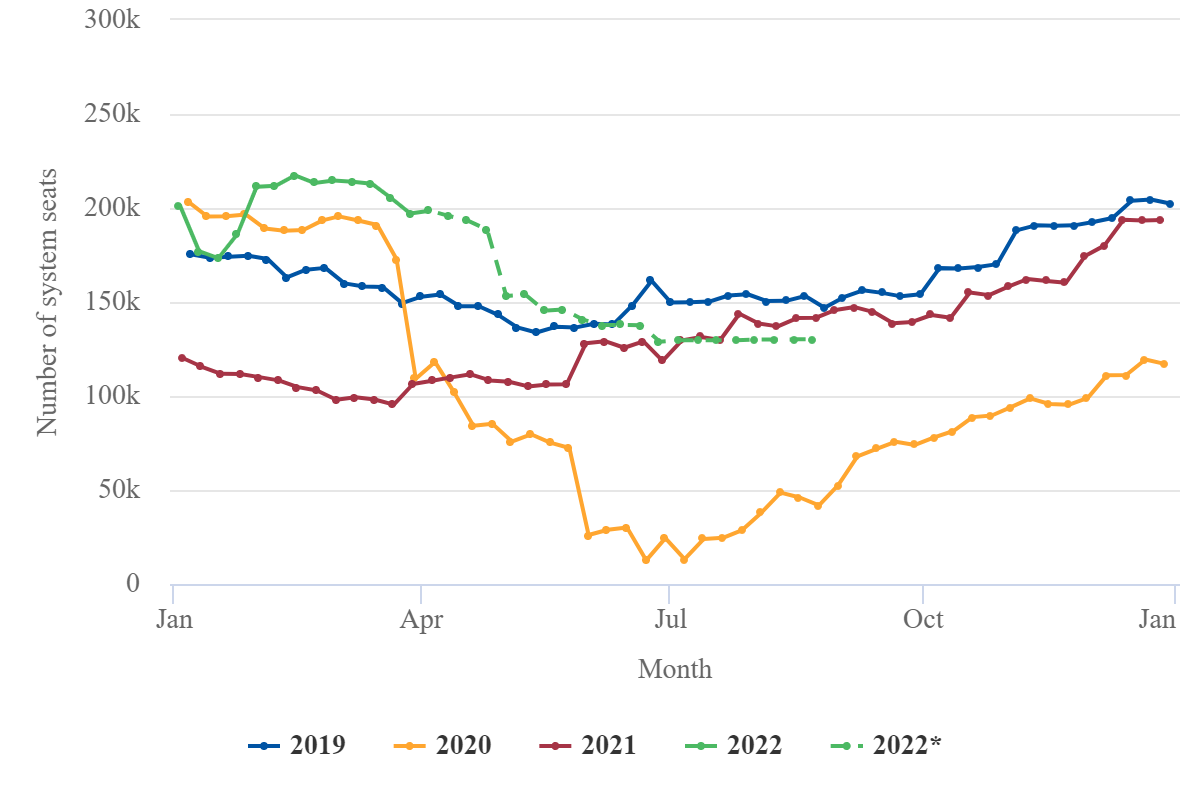 The state-owned Nigeria Airways ceased operations in 2003, and although ‘Nigeria Air’ was revealed in 2018, by Mar-2022 it remained only at the RfP stage.

In the absence of a national carrier the largest airline operating presently at Lagos is Air Peace Hopper, a subsidiary of the privately held Air Peace, which is based in Lagos.

Air Peace Hopper has 38% of the capacity. The leader in international capacity is Qatar Airways (12.3%; overall 3.9%). 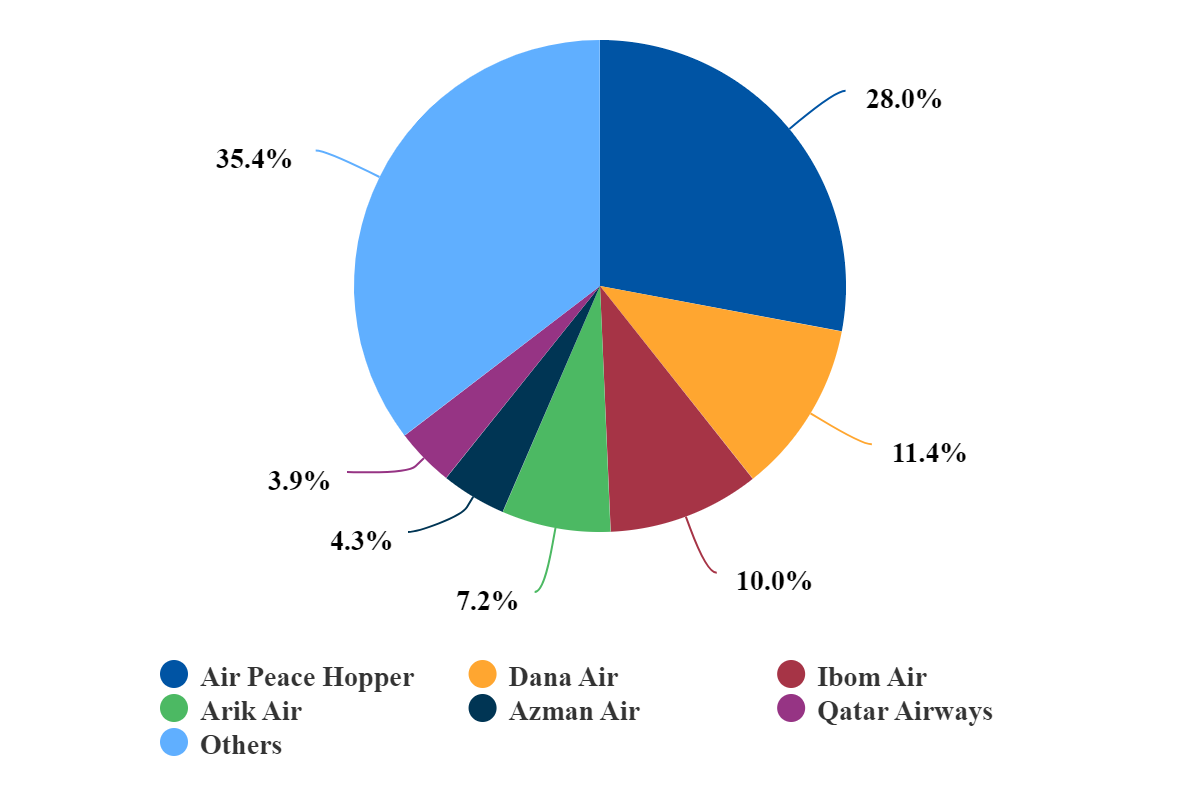 MMIA operates around the clock and utilisation in this pre-post-COVID time is quite high.

Taking the example of Friday 25-Mar-2022, arriving and departing seats are spread out during the day, with no notable peaks or troughs. 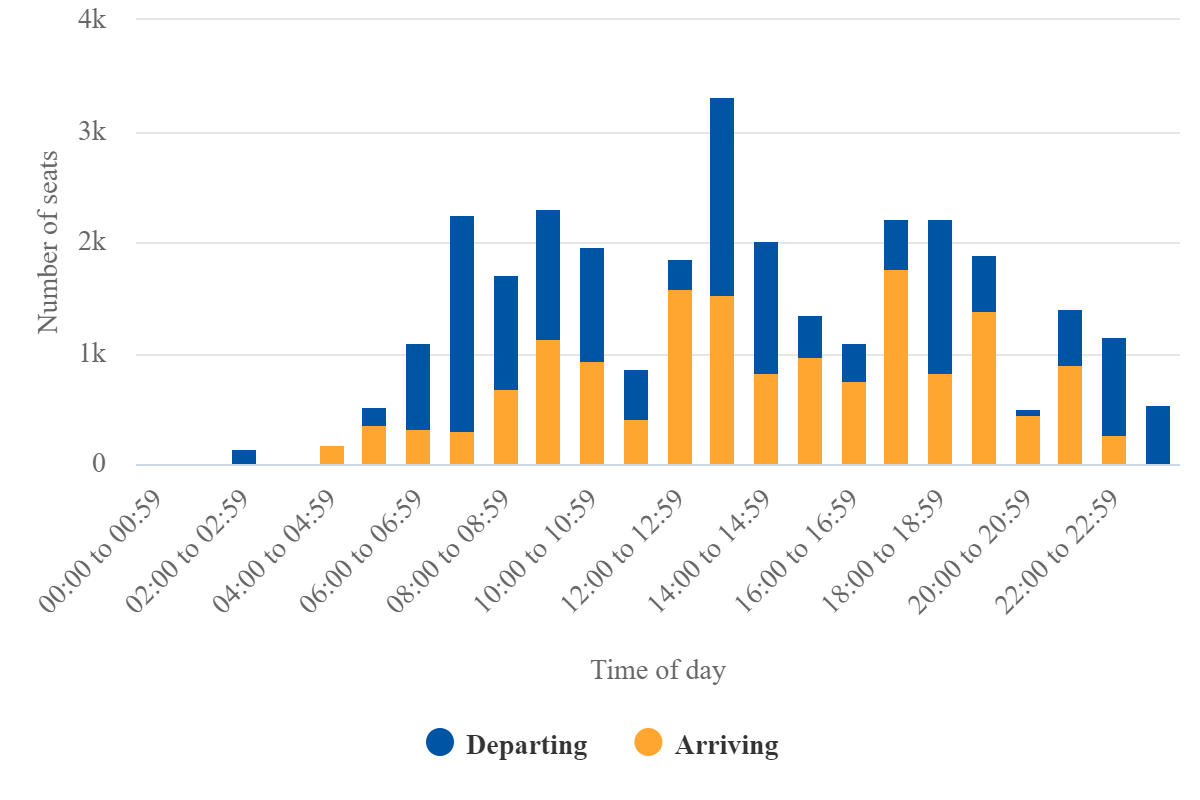 ‘Fast-tracking’ the airport concession procedure is not that simple...

Unspecified ‘special funding’ will be sought to finance that project.

This article asks “really?” in respect of the ‘fast-tracking’ of the concession programme.

CAPA has expended many thousands of words on this concession process over the period of the last five years, concluding on each occasion that the prospect of it taking place was as far away as ever.

Inter alia: unions are totally opposed to it; airports are still substandard; the terms are vague; and concessionaires would have to partner with local companies

In Nigeria (again) “planning” the concession of its four main airports, published in Jun-2021, it was pointed out that, inter alia,

Since then other requirements have come to light, such as a minimum capitalisation of NGN30 billion (USD72 million).

That shouldn’t prove too much of a problem – but another requirement that interested international parties would be asked to partner with local companies, in line with Nigeria’s local content development policy, certainly would be.

A great deal of due diligence would have to be exercised with such companies.

Some prior interest, but little since formal RfQ was issued

Surprisingly perhaps, some foreign investors had previously declared an interest, including from Saudi Arabia and Qatar and from Turkey, whose TAV Airports was reported to have decided to submit a bid for concession tenders at all four of the main airports. But more recent reports emanating from Nigeria suggest there has been little interest shown since an RfQ was issued in 2021.

The Aviation Minister says the government aims to announce the successful bidders, whoever they are, for the concession of the four main airports by the end of 1Q2022 and that they "will be concessioned" in 2Q2022.

It is no exaggeration to say that the world waits with bated breath.