African airlines are calling for greater unity among themselves to better compete against much bigger foreign airlines in their own skies and for African governments to liberalise the continent’s air space.

Kenya Airways believes a merger between itself, Ethiopian Airlines and South African Airways is necessary to create a single large carrier representing Africa and able to compete globally. And Africa’s numerous regional airlines are looking to these three big carriers to support their growth and improve the industry’s safety performance on the continent.

But first, protective governments need to be persuaded of the benefits of open skies, while smaller carriers fear for the futures if big carriers are given greater freedoms.

Kenya Airways CEO Titus Naikuni told delegates at the 44th AFRAA AGA in Johannesburg on 19-Nov-2012 that his airline should come together with fellow sub-Saharan carriers Ethiopian Airlines and SAA to create a large African airline able to take the fight back to foreign carriers, which dominate 80% of intercontinental traffic to and from Africa. While the big three airlines are big in the context of the African market, globally they are small relative to giant competitors such as Emirates, Air France-KLM and British Airways.

“What we need to do is, we need to merge our airlines. There is no way that we are going to survive as small airlines,” Mr Naikuni said. “We are the lambs at the gate.” Bringing the three biggest carriers together would create one large strong airline, Mr Naikuni argued.

Ethiopian CEO Tewolde GebreMariam agrees with the merger proposal “in principle”, saying size matters in the aviation industry which relies on economies of scale. The idea of a major pan-African airline group has to be discussed, “because now we are being challenged by not only big carriers but also governments who treat these carriers as a strategic national asset”, said Mr GebreMariam.

Even some of the world’s biggest airlines have conceded that they need to consolidate to survive. Europe has consolidated to three major airline groups – Lufthansa, Air France-KLM and British Airways/Iberia parent IAG – in a region of 27 countries. In the United States, United and Continental have come together along with Delta and Northwest. In Latin America there have been mega mergers in recent years with LAN and TAM and with Avianca and TACA.

Even if Kenya Airways, Ethiopian and SAA were to combine, they would account for just 37% of Emirates’ revenue and about half the number of passengers.

Source: CAPA – Centre for Aviation and company reports for latest financial year
Note: *based on figures for 2011 or fiscal 2011/12

Combined the Kenya, Ethiopian and SAA groups currently offer about 650,000 weekly seats. This would make it roughly the 30th largest airline group in the world, slightly behind Avianca-TACA.

Source: CAPA – Centre for Aviation & Innovata
Note: This is not a complete list/ranking of the world's top airline groups but simply a selection

But for cross-border mergers to become a reality in Africa, governments will need to put to one side their mistrust of each other and resolve the issue of national flag carriers. The desire by all of Africa’s 54 states to have their own flag carrier has led to a litany of airline failures, often due to weak or corrupt management and government interference. So long as every African nation wants to put its flag on the tail of an aircraft it will be difficult to build a pan-African airline with the necessary critical mass to compete.

One of the biggest challenges facing the industry is the lack of open skies. Each African state negotiates its own bilateral agreements which have led to a highly restricted intra-Africa airspace, but competing foreign airlines offering inbound tourism and trade connections being granted significant capacity rights. African airlines have the capacity but are not able to deploy it to access most of the continental market. Intra-Africa air travel accounts for just 26% of total air passengers while regional trade is only 10%.

Mr GebreMariam blames the bilateral imbalance on the lack of African integration and the absence of a regional regulatory framework for the AU. As a result, non-African carriers have an 80% market share for intercontinental traffic.

The lack of bilateral cooperation within Africa means that in some cases, in order to fly from one part of the continent to another requires travelling via Europe. For example, to travel from Brazzaville to Dakar it is necessary to fly via Paris.

Some domestic and regional carriers fear that greater liberalisation of intra-African skies will benefit Kenya Airways, Ethiopian, SAA and EgyptAir which, given their comparatively vast resources, can quickly take the lion's share of a freed-up market to the detriment of smaller airlines. As a result they perceive the big carriers as a threat to their futures rather than as protectors with a common interest of collectively building Africa’s aviation system.

Instead, domestic and regional carriers, nearly all of which are in a degree of financial difficulty, are appealing to the big carriers to support them by sharing the benefit of their experience through affordable consultancy services, route development, staff training, fleet acquisition and maintenance and gaining access to funding.

Kenya Airways and Ethiopian already have two regional operators, Precision Air and ASKY respectively under their wings, broadening their intra-Africa network reach. EgyptAir also plans to invest in a regional carrier based in Ghana while South African has been looking to open a West African hub.

Precision Air was established in 1991, began operations in 1994, and launched its first commercial service in Nov-1999. The carrier was completely privately owned by businessman Ngaleku Shirima until 2003, when Kenya Airways purchased a 49% stake.

Precision CEO Alphonse Kioke said Kenya Airways’ involvement in the company has allowed the carrier to access financing from banks to grow the airline in a way that was not previously available because as a small airline it lacked the balance sheet strength to be attractive to financiers in its own right. It has also benefited from staff exchanges with Kenya Airways, allowing staff to gain experience in a bigger organisation, and an association with Kenya Airways' maintenance has made it easier for Precision to lease aircraft.

Precision Air reported an operating profit of TZS12,564 million (USD7.9 million) for the Mar-2012 year, up 13% on FY2013. In Oct-2012 it announced plans to invest USD90 million on fleet expansion over the next three years and commence service to Europe, the Middle East and Asia in five years. 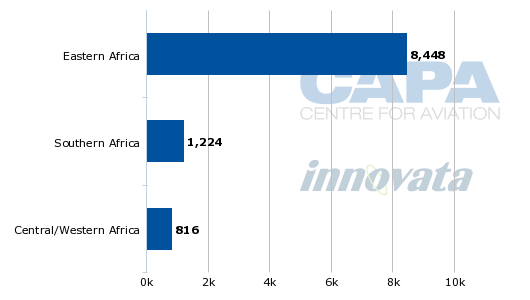 ASKY was founded in 2008 by Ethiopian Airlines and commenced operations in Jan-2010 based at Lomé-Tokoin Airport, Togo. The carrier operates scheduled services to destinations throughout under-served West and Central Africa, filling the void left by the demise of Air Africa, Ghana Airways and Nigerian Airways. 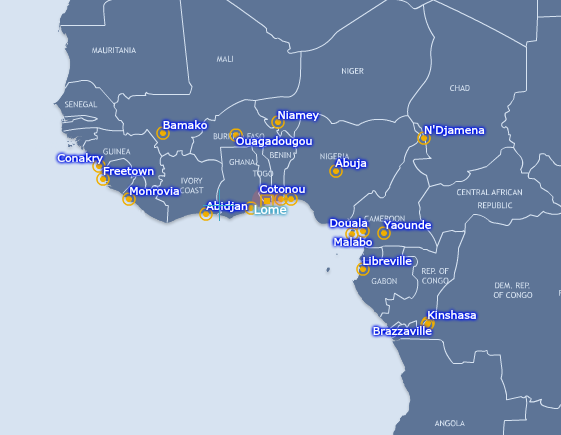 ASKY gives Ethiopian a hub in the huge and fast growing West African market, rich in oil and mineral exports, not easily accessed from its home base at Addis Ababa. “From an Ethiopian Airlines point of view, we believed we may not be able to fly to every country in West Africa because the market are scattered, fragmented,” Mr GebreMariam said

Establishing the hub in Togo, a small market with little traffic of its own, was challenging and restrictions on night services means aircraft utilisation was not optimal, increasing costs. Nevertheless, ASKY has performed well, establishing good traffic volumes and load factors. 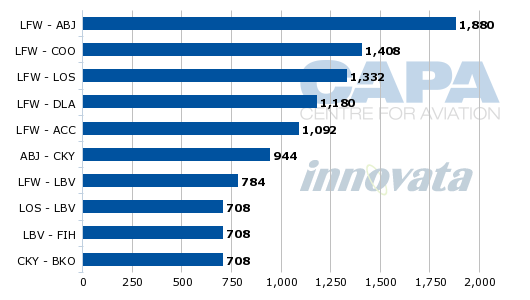 “But the cost structure in West Africa is very high. Higher than the rest of the continent, especially East Africa,” Mr GebreMariam said.

While the question is what can big African carriers do for their small counterparts, first those small carriers have to believe in Africa and support the continent’s existing world class training capabilities rather than taking their business to Europe, the United States or Asia, according to SAA chairman Vuysile Kona. “Self confidence is the starting point for all what we are going to do together,” Mr Kona said.

SAA despite its own financial difficulties, has a mandate from the South African Government to engage more with other African airlines to support them. South Africa’s Minister of Public Enterprises, Malusi Gigaba, in his keynote address to the AFRAA AGA, encouraged airlines to collaborate more and increase intra-Africa travel and expand the continent’s international links and support economic activity.

This is not a new message for Africa. In 2010 SAA, Ethiopian and EgyptAir stated they were planning to seek broad cooperation aimed at improving intra-Africa links. Nothing ever materialised from the discussions. A similar outcome is likely from the most recent statements promoting a merger between SAA, Ethiopian and Kenya Airways.

The lack of road infrastructure in most African nations and an emerging middle class allows aviation to play a key role in the economic development of the continent. But for the industry to capitalise fully on the opportunity, structural impediments, including excessive regulation, poor airport infrastructure, high taxes and charges and staff training and retentions, need to be addressed.

To date, progress in getting states to sign the Yamoussoukro Decision concluded in 2000, calling for greater liberalisation of bilateral agreements, has proved slow going. For all the calls at the AFRAA AGA to break down the walls of distrust and foster continental unity, the reality of closer cooperation still seems a distant hope.