The carrier withdrew its membership from the association six years ago, “due to its principled views on certain issues”, according to Dr Naikuni.

AFRAA Secretary General, Nick Fadugba, stated the rejoining of Kenya Airways was symbolically significant, adding, “it marks the beginning of a new chapter in the KQ and AFRAA relationship”. Dr Naikuni meanwhile stated the decision by Kenya Airways to reactivate its membership of AFRAA is a fulfillment of an earlier promise that KQ will come back once the leadership of AFRAA changed. He said following the assumption of office of the new Secretary General, on 18-Feb-2010, and the confidence KQ has in his leadership, the airline decided to reactivate its membership. He noted that Mr Fadugba’s coming to AFRAA marks a new chapter in the history of this important organisation and pledged his airline’s support to AFRAA’s efforts towards achieving its goals.

The carrier experienced the biggest fall in share price for the day of the carriers tracked by CAPA. 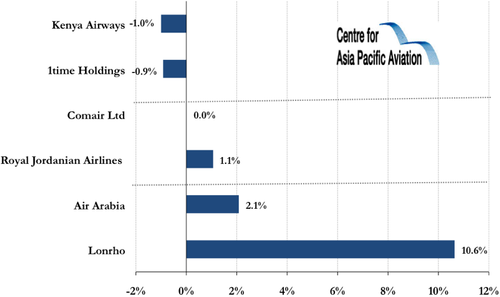