Kaunas Airport unsure of the benefits of new Ryanair base?

In Feb-2010, Ryanair announced plans to open its 40th - and first Central European - base at Kaunas in Lithuania in May-2010 with two based aircraft (B737-800s) and 18 routes, nine of them new, in a USD140 million investment. Ryanair also confirmed that it is in continuous negotiation with four other Central European airports to open bases. The Lithuanian Transport Minister welcomed the decision, but the airport’s manager was reported not to be so keen, insisting, according to the Estonian Free Press that no carrier had signed a long term agreement with the airport. What does this mean for Ryanair, for other carriers and for the airports?

NB: This article is from the upcoming edition of CAPA's Airport Investor Monthly - your global wrap of airport financing, investment and privatisation news. The Mar-2010 edition also tracks Changi Airports International's progress, as well as benchmarks latest financial and charges developments at Fraport/Schiphol/AdP/BAA.

With the new routes, cities served by Ryanair at Kaunas will be as follows.

Kaunas is Lithuania’s second largest city and Kaunas International Airport is the second busiest civil airport in Lithuania after Vilnius, which is dominated by airbaltic, and where Ryanair has no service. Official passenger figures for the whole of 2009 are not yet known but in 2008 Kaunas handled 410,000 passengers (+5%). However, it lost traffic heavily in the Summer period of 2009, in the order of -30% monthly. One website offers a figure of 456,000, but this appears unlikely as the airport lost traffic every month from Jan to Aug-2009. 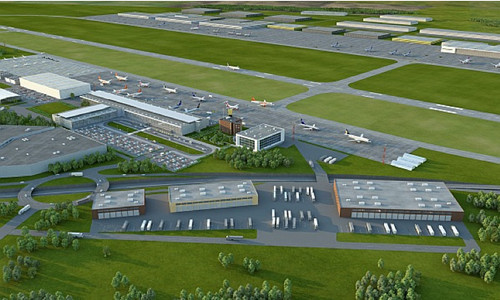 Lithuania is still adapting to EU entry in 2004. Foreign government and business support have helped in the transition from the old command-style economy to a market economy. Its economy grew on average 8% per year for the four years prior to 2008, but amid the recent global recession its GDP plunged nearly 17% in 2009. Collectively, the three former Soviet Baltic republics (with Latvia and Estonia) had the world's worst economic declines last year. 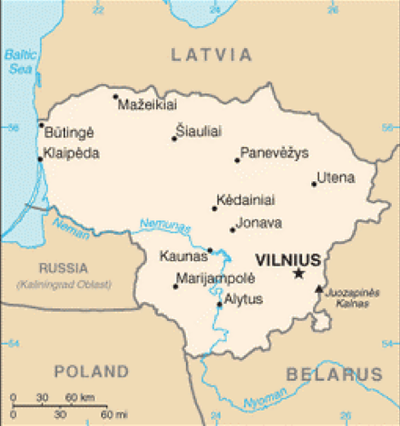 Why would Ryanair want to expand here, when the economy is going through a sticky patch?

One reason might be that if Ryanair is to continue growing (and that is open to question following the recent cancellation of a large order with Boeing) it must do so in Eastern Europe, as viable routes in Western Europe are fast disappearing. Last year, Centre for Asia Pacific Aviation proposed that a merger between Ryanair and Wizz Air, which has become the leading Eastern European LCC since the demise of SkyEurope, should be considered a possibility, outlining the similarities and synergies between the two.

Ryanair doubtless harbours ambitions to operate more widely in this region, also in Russia and the CIS states if it can, and having an established presence in Lithuania helps its cause. Ryanair will also be aware that, despite EU accession, Lithuania's trade with its Central and Eastern European neighbours, and Russia in particular, accounts for a growing percentage of total trade.

Ryanair’s only other Baltic States presence so far is in Riga, Latvia, which is not a base, but also the main base of airBaltic. Hitherto, Ryanair has been expanding mainly in Spain and Italy and it indicated recently it would do so in Germany. Anywhere, in fact, other than the UK and Ireland, where it is in constant dispute with aviation authorities over taxes and charges and which remains a moribund market with both countries still in recession.

Ryanair has already set out its stall for an attack on existing airlines in Lithuania, accusing airbaltic, Wizz Air and other central European carriers of charging high fares, releasing (as a ‘celebration’) one million EUR5 million tickets for sale throughout the network and hinting heavily that it is in discussions with four other airports in the region to open bases. In effect, CEO Michael O’Leary is using the same blunt message that he has with many other airlines over the years – ‘your time is up’.

This chilling avowal was made indirectly late last year in Norway, where Ryanair announced it would commence operations at a second airport south of the capital, Oslo – Rygge, which it would turn into a base - in addition to the existing Torp Airport. In a large country of less than five million people spread widely in all directions, such an assault by an aggressive budget airline could have seriously detrimental effects on the whole air transport infrastructure of established legacy airlines and the airports that support them; perhaps even so far as to lead to the loss of essential domestic air service.

These increasingly frequent incursions by Ryanair into the territories of civil aviation administrations that thought they were ‘safe’ from the Irish predator have cast light on its modus operandi. Ryanair is an exponent of the economic principle of game theory, particularly sequential game theory, which it turns on its head into a proactive weapon, challenging its opponents to make ill-judged and/or hasty ‘accommodation responses’ to its moves, thus enabling Ryanair to divide the competition and thereby conquer it.

Once it has established itself as major player and price leader in a country’s aviation market, it then negotiates or renegotiates extremely tough contracts with airport operators (usually though not always secondary level airports), with the most preferential terms, effectively excluding any further direct competition. Totally dominant at these airport bases it then continues to attack legacy airlines at primary airports from the strength of a comprehensive route network, extremely fast market response and very low fares.

Collectively, using these tactics, Ryanair seeks to change the whole dynamic of the operating environment away from the existing legacy carrier(s) and in favour of the budget airlines, of which Ryanair is always ‘top dog’ through its pricing structures.

Perhaps it is for these reasons that Kaunas Airport’s General Manager, Arijandas Sliupas, reportedly stated to the local press that he was “concerned” over Ryanair’s plans to establish a base at the airport, that any carrier can just as easily cancel operations from the airport “saying that it feels unhappy” and that no carrier has signed a long term agreement with the airport.

He will be aware that Ryanair, probably more than any other airline, is apt to cancel services at the drop of a hat if they do not produce quick results. Mr Sliupas also reportedly pointed out that an airport’s already low fees to LCCs decrease in relation to the growth of flight traffic. Moreover, he noted that infrastructure improvement is the airport’s main concern, and emphasised that the airport is not so well-equipped yet to manage growing passenger flows.

Discounts and marketing support are passé

Interestingly, while Mr Sliupas bewails the strength of Ryanair’s hand in negotiations on charges, the tide may already be starting to turn.

There are strong indications that at least one European airport operator that hosts mainly budget airlines has decided to draw a line under discounts and marketing support in the future. In other words, “this is our catchment area, and these are our charges. They will not be reduced and you must pay for route marketing yourself.”

This comes just six months after Manchester Airport got tough with Ryanair when it asked for charges to be reduced to zero in return for additional services, and which resulted in Ryanair, like Elvis, leaving the building. It remains to be seen if this will catch on or whether, like attempts by US airlines to raise air fares at this time each year in anticipation of stronger GDP growth this Spring, it withers on the vine.

Stop Press (26-Feb-2010). In a statement, Kaunas Airport General Manager, Arijandas Sliupas, denied reports the airport is concerned over Ryanair's plans to open its new base in Kaunas, stating he was misinterpreted. Kaunas Airport's team has been "purposefully working to increase the current passenger traffic and is excited to welcome Ryanair base at the airport". The recently signed agreement between Ryanair and Kaunas Airport "demonstrates mutual understanding and interest in developing passenger services between Lithuania and other countries in Europe". Mr Sliupas strongly believes that Ryanair and Kaunas Airport are "on the way of mutually profitable long term cooperation".