CEO of JetBlue Airways, David Barger, believes the US airline industry, and JetBlue in particular, is well positioned to deal with the rising cost of oil. The industry approach is more "rational", with airlines adopting smarter and more disciplined approaches to hedging and pricing.

Shares in JetBlue were up 5.5% yesterday, in a stronger day of trading for most LCCs. Also in the US, Southwest Airlines and AirTran were up 0.7%, while Allegiant gained 3.2%.

Elsewhere, Air Arabia's annual general assembly approved the proposal by the company's board for an 8% cash dividend. The carrier reported a 2010 net profit of AED309.6 million (USD80.2 million). Shares in Air Arabia were up 3.2% on Monday. 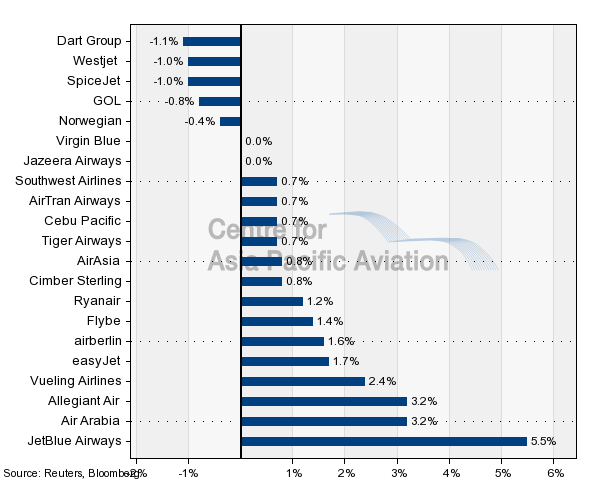