Japan aviation policy may be compromised as DPJ loses majority

The ruling Democratic Party of Japan has, as expected, lost its majority in the upper house following yesterday's elections. The DPJ won 44 seats, against the 51 gained by the Liberal Democratic Party (LDP), the long term leaders of government until the DPJ won control of both houses of the Diet in 2009.

The DPJ still controls the House of Representatives, but is short of the 56 seats necessary to hold sway in the upper house. The result is that the JDP will now probably have to seek compromises with the LDP for any new legislation to pass both houses.

Prime Minister Kan, who replaced Mr Hatoyama last month, will now have to face re-election as leader of the party in Sep-2010. The government is in the uncomfortable - and highly unpopular - position of having to increase sales taxes, as Japan's debt threatens to undermine the country's economic stability.

There is no immediate impact likely on aviation policy, but if the LDP had retained power in last year's election it is unlikely that Japan Airlines would have been forced to file for bankruptcy. 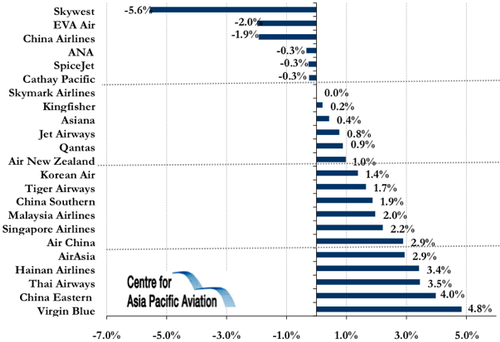