Mr Walsh told CNN, JAL has done a fantastic job: "We might look at some equity participation if Japan Airlines floats again on the stock market, which is their intention at some stage over the next couple of years." IAG's shares gained 1% yesterday.

Elsewhere, Russia's Transaero Airlines announced its shares have been included in Quotation List B on the Moscow Interbank Currency Exchange (MICEX). In 2010, Transaero increased its passenger revenue by 40.4% year-on-year and passenger numbers by 32.3%. 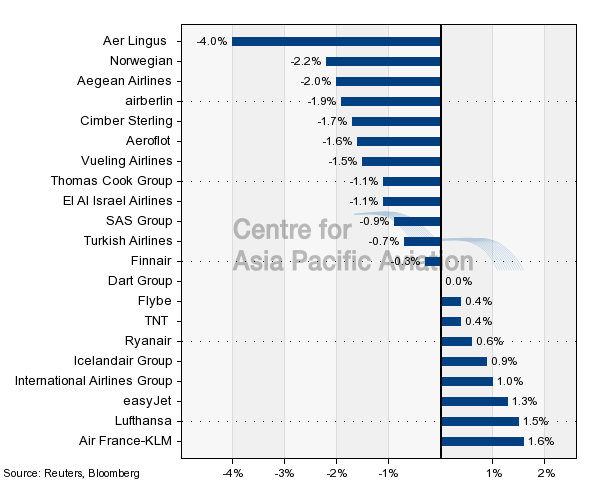