Infratil Airports Europe reported an EBITDAF loss of USD6.3 million (compared with a loss of USD13.2 million in the previous corresponding period), on a 28.9% reduction in revenue.

Hochtief stated, "not least in light of the large order backlog and the opportunities available, the Group reaffirms its guidance for fiscal 2010 while its medium-term target remains a pretax profit of EUR1 billion". 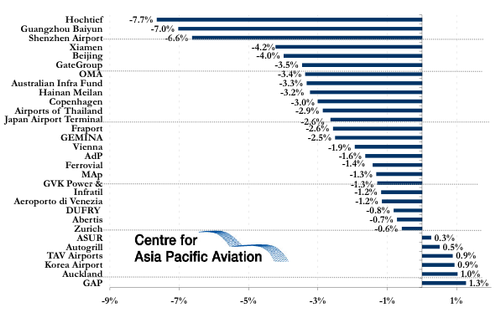