In search of the ideal aviation industry: be careful what you wish for! CAPA World Aviation Summit

CAPA is pleased to announce our flagship World Aviation Summit, to be hosted by Finavia in Helsinki on 7/8 October 2015. Host airline, Finnair, will be conducting a VIP flight for Summit delegates and guests on 6 October with a brand new Airbus A350 which will be inducted into the fleet just days prior to the event.

The World Aviation Summit will also feature a gala dinner on 7 October for the 2015 CAPA Awards for Excellence, for which nominations will be accepted through 9 July 2015.

Visit the Summit website for more details, including Registration information for the Summit and Finnair A350 VIP Flight!

What is the market outlook for the aviation industry in 2016? High level presentations from CAPA’s analysts on the global outlook, with a focus on Europe, the Atlantic and Asia

(I) In search of the ideal market structure

09:30: Session 1: How would the airline industry operate under a Free Trade/WTO framework?

From its inception the airline industry has juggled the balance between public interest, national interest and commercial operations. This complex triangle has produced corporate contortions and considerable national angst.

After decades of airline operation within a highly regulated bilateral system, dominated by national “flag carriers”, disruptive operating strategies have pushed LCCs to flying over a third of all global airline seats. But otherwise the old system has remained largely un-disrupted.

More recently there have been numerous suggestions that WTO principles and machinery should be selectively applied to restrain Gulf airline expansion. This is clearly neither logical nor likely to happen.

But it raises the question again of: what would the airline industry look like if WTO principles applied across the board?

The absence of “archaic” bilateral controls, especially those that prevent cross-border ownership, would surely mean a very different industry profile. Some arguments have also raised the suggestion that safety could be compromised if the existing regulatory system was changed – although this would hardly appear unsurmountable. The automotive industry has 10 global companies; Uber is disrupting the taxi industry; the hotel industry is a collection of brand aggregations, also with many smaller players; the telecommunications industry was disrupted two decades ago. Where to the airlines?

This panel will attempt to recreate the airline industry from the ground up.

11.15: Session 2: What’s happening to the world? Is liberalisation doomed to revert to tighter bilateral controls, ownership of markets and “fair competition”

Global aviation liberalisation appears to be approaching a crossroad. In Asia, where market growth is strong and new entrants proliferate, active liberalisation is occurring as governments tacitly accept less rigid market access controls. Open skies are also being promoted by more formal means like the ASEAN open skies treaty and bilateral relaxation by Japan, Korea and Taiwan. Latin America, often under the influence of US pressures, is generally liberalising, albeit with large exceptions like Argentina. In the Middle East, even some of the more conservative regimes are starting to perceive removal of controls on access as being a positive; and there are even signs of cracks in the defensive walls in Africa.

But in Europe and the US, where the original motivation for greater openness originated, a move to freeze change at turn of the century levels appears to be emerging. For the time being it has numerically limited support - from Lufthansa, Air France, Delta, American and United. All perceive their own best interests as holding back change. Yet these major “flag carriers” are extremely vocal and still have the influence with their governments to tilt the balance - or do they?

Much of the present pushback is directed at the Gulf carriers, but there is an associated undercurrent of resort to reliance on the “archaic” bilateral concepts formulated in 1945. Fifth freedom services, third country codeshare – anything that smacks of the least deviation from pure bilateralism and restrictive ownership and control rules is being flagged as being “unfair competition” or as distorting the “level playing field”.

This panel session reviews the situation in each of the major regional markets, where they are heading – and what is happening where they intersect.

14.15: Session 3: The emerging nature of global partnerships; how important is equity in a new world? Big boys’ clubs, JVs – and the outsiders in an “unfair” world

Airlines have sought many avenues to cement international partnerships, despite the constraints of ownership and control rules (meanwhile often happily using them to protect vested interests). Among the first early attempts at cross equity-linked alliances involving US airlines were Delta’s Global Excellence, with Swissair and Singapore Airlines in the late 1980s. But it was to be non-equity relationships that dominated the agenda for the next two decades, led by the success of the Northwest-KLM adventure on the Atlantic. These evolved into wider, subsequently global, alliances each built around a US-European airline axis, Star, oneworld and SkyTeam.

The so-called branded global alliances (BGAs) did not rely on equity to bind them, but subsequently developed tiers, such as the sub-alliances in the ATI metal neutral JVs on the North Atlantic. The BGAs still dominate global aviation, with many aircraft now “branded” with the alliance colours.

But it was not until Etihad developed an explicit strategy of acquiring substantial minority shareholdings in airlines around the world that the issue of equity came to the fore as a potential alternative. The Etihad Equity Partnership is still a one-off, but there are hints that some Asian airlines would be interested in following suit.

(II) Remembering the consumer in a new marketplace

15.45: Session 1: Has the traveller been forgotten in the open skies debate?

In the highly publicised US airline “White Paper” attacking the Gulf airlines on alleged subsidy issues there was only one mention of consumers in the 60 or so pages of heavily researched report (and that was merely a quote from US policy). If aviation liberalisation has in fact reached a high water mark, the consequences for the traveller would be significant: higher prices, less choice – and perhaps relegating the consumer interests to secondary considerations. On the other hand, a more profitable, less competitive industry might have more funds available to look after customers better.

There are dangers for those airlines in moving too actively to reverse liberalisation. For example, there are disruptive forces in the background; google is accumulating capabilities across the travel spectrum, Facebook and Amazon too are accumulating massive consumer data channels; distribution channels are being overhauled

16.30: Session 2: Can industry work together to deliver an experience the traveller really wants? And anyway, what does “the traveller” want?

The aviation and travel industry needs to collaborate better to improve the experience for the end user: the traveller. And of course there is no such thing as the traveller, from low yielding first time leisure travellers, and pleasure seeking millennials to road warrior business travellers, to grey nomads and everyone in between. How is the profile best segmented for an airline to be truly “responsive” and where are the common areas of traveller needs?

The long-haul low cost model has proliferated in Asia, where no less than seven such airlines exist. As they have gained experience in Asia’s long haul markets, the variants have developed sweet spots and new operating criteria. “Long haul” has typically come to mean anything up to 8 hours flying, while increasingly the long haul version is relying on short haul connectivity.

There are lessons to be learned here, but as the new 787s and A350s enter the market, new, longer haul operations are developing. Norwegian, Air Canada rouge,, Lufthansa’s planned realignment of its Eurowings subsidiary are each likely to stretch the boundaries.  But many still doubt the viability of such services. This panel explores whether regulatory, labour and operational factors will constrain growth in this segment – or whether it is a transformational addition to the industry

Barriers to entry and regulatory red tape have not stopped entrepreneurs and innovative organisations from shaking up numerous industries. Irreversible change is also coming to Aviation & Travel. From ownership structures such as the cross-border JV, to LCC subsidiaries and new mobile and distribution technologies entering the supply chain, Aviation & Travel is being disrupted.

Vision and execution - that’s what a great leader delivers, right? But how does it happen - does the secret lie in being a great listener?

14.30: The World Aviation Summit closing debate: How productive is the global aviation industry?

It’s boom times again for airlines as fuel prices retreat, but do we risk another ‘Money for Nothin’” cycle in industrial relations? Now may be the time for corporations to take some short-term pain to lock in the productivity gains for the inevitable return of tougher times. But will labour groups share a long-term view? In this blockbuster closing session, panellist will debate these issues and discuss other key issues:

Visit the Summit website for more details, including Registration information for the Summit and Finnair A350 VIP Flight!

With thanks to our Summit Partners: 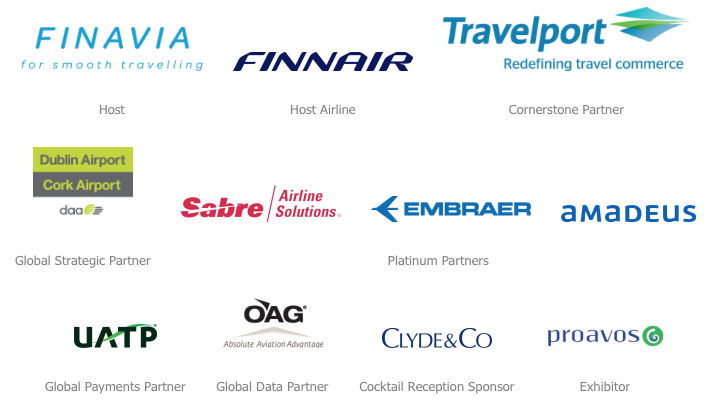