Iberia is planning to establish a new airline to operate its short- and medium-haul services, as part of cost cutting plans, according to a report in the Financial Times.

Iberia joins Air France-KLM, Austrian Airlines, British Airways, Japan Airlines and many other legacy carriers that are considering radical overhauls of their short- and medium-haul operations in response to structural changes in the market, particularly for premium seats.

According to the report, Iberia plans to focus on more lucrative long-haul routes, mainly to Latin America, where it this week reached a comprehensive codeshare agreement with Brazilian LCC, GOL. Iberia plans to implement the changes by 2011. The airline’s shares eased 1.9% yesterday. 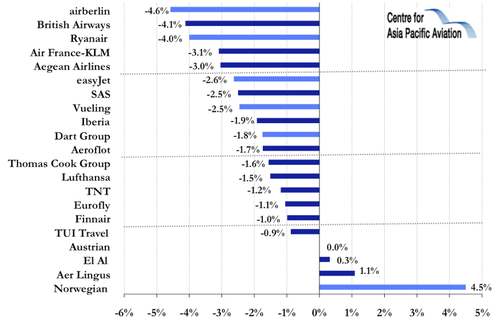