Lion Air is taking delivery over the next three months of three A330-300s in single class 440-seat configuration. The A330s will provide some capacity growth for Lion in a year Indonesia’s largest carrier has taking an unusual breather from expanding its short haul fleet with only one 737 delivery for all of 2015.

The A330s are partially being used to replace ageing 747-400s, which Lion has operated for several years on religious pilgrimage flights to Saudi Arabia. But as the A330s will be utilised significantly more than the 747s they will also be deployed on domestic trunk routes.

Lion has committed to acquiring only three A330s but could add more should it see an opportunity to pursue a long haul low cost model. Lion has traditionally shied away from routes over four hours with the exception of Jeddah but could potentially use A330s in future to expand in North Asia and other medium haul markets. 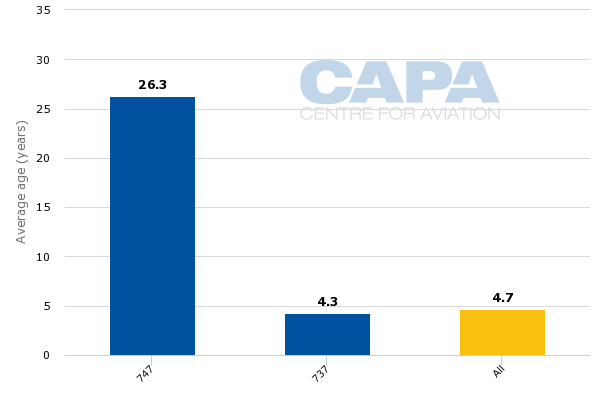 The 747 fleet has always been an anomaly for Lion, although a low cost one. While Lion heavily utilises its 737s the 747-400s are not constantly used. Lion includes a daily flight from Jakarta to Jeddah in its online schedule but it is not available for sale on its website or other normal distribution channels.

The Jeddah service operates more like a charter with agents block booking the seats. The service, which includes light meals and drinks, operates regularly about eight months per year for the Umrah pilgrimage season. But the number of flights operated depends on the contracts with agents. During the rest of the year the aircraft is on the ground or, during the Hajj pilgrimage season, operating charters to Saudi Arabia from other countries. (Garuda and Saudia have an exclusive contract for Hajj flights from Indonesia.)

There are currently eight long haul LCCs in Asia-Pacific including (in order of launch date) AirAsia X, Jetstar, Scoot, Cebu Pacific, Thai AirAsia X, Jin Air, Indonesia AirAsia X and NokScoot. There are only now two long-haul LCCs outside Asia-Pacific, Brazil’s Azul and Norwegian, with Germany’s Eurowings to become a third after it launches long-haul flights on 25-Oct-2015.

Lion however will move closer to becoming a long haul LCC operator in Oct-2015, when it expects to take its first A330-300. Lion committed to acquiring three A330s in late 2014 after deciding to cancel an order for five early production 787-8s.

Lion’s new A330-300 operation will be more like a traditional long-haul LCC in part because the A330s will be utilised significantly more than the 747-400s. In addition to taking over the Saudi Arabia flights, Lion plans to use the A330s on domestic trunk routes such as Jakarta-Medan. On these routes the aircraft will take over 737 flights and operate under a traditional LCC model.

While these are short flights, it is not unusual for long haul LCCs to operate short haul sectors. For example Cebu Pacific uses its A330 fleet on some domestic and short haul regional international flights along with medium/long haul flights to Australia and the Middle East. Scoot also operates some short haul routes including Singapore-Bangkok.

Cebu Pacific operates A330-300s in 436-seat single class configuration, giving it the densest configuration among all existing long haul LCCs. AirAsia X configures its A330-300s with 377 seats but has a lie-flat business product at the front. Other long haul LCCs also have a premium product and in some cases also operate smaller aircraft such as the A330-200 or 787, resulting in a lower seat count.

It is still hard to firmly put Lion in the long haul LCC category as Lion is not yet ready to operate typical scheduled international long-haul services. The Saudi Arabia operation, which will generally require one A330-300, will remain more like a regular charter.

The other two A330-300s will mainly be used on domestic routes. Using the A330s domestically is sensible given the infrastructure constraints at Jakarta and the huge demand on trunk routes where Lion in some cases operates over 15 daily frequencies. But it is not the same as operating some short-haul flight as a means to supplement a medium/long-haul operation – as is the case with Cebu Pacific and Scoot.

The A330 however will give Lion flexibility to operate other medium/long-haul routes in future. North Asia could be an ideal market for the new A330 operation – likely initially as charters but over time on a regular scheduled basis. Lion Air’s international network is currently limited to Malaysia and Singapore (along with Saudi Arabia).

The Lion Group has previously stated that it does not see a role for the Lion Air brand on routes over four hours, with the exception of Saudi Arabia. The group’s strategy generally envisions using full service subsidiary Batik Air for medium haul markets such as North Asia and India. Batik currently only operates domestically and to neighbouring Singapore.

But with the A330-300s in its fleet, Lion will have the flexibility to test out the medium/long-haul LCC model with minimal risk. Lion could eventually order more A330-300s – and/or A330-300neos – if it determines high density medium-size widebodies can be used effectively to replace 737s on high demand domestic trunk routes as well as open up new international services. It is hard to imagine a larger widebody fleet without a mix of domestic and international routes.

A sizeable widebody operation could unlock a new phase of growth for the Lion Air brand. Lion Air has seen its rate growth slow significantly over the last two years, ending an extended period of remarkable growth which saw it overtake Garuda as the largest airline in Indonesia. 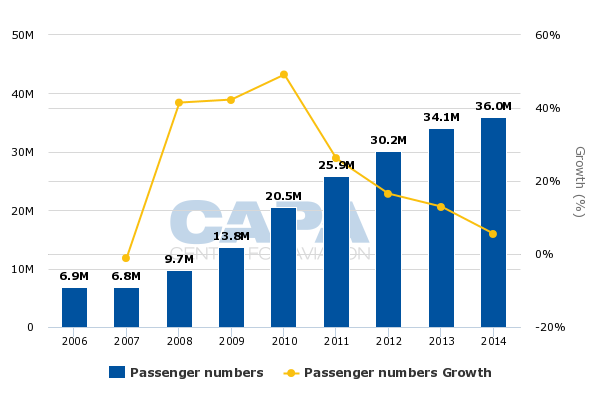 Passenger traffic growth is expected to slow further in 2015 as Lion Air is only planning to add one narrowbody aircraft for the entire year. The Lion Group plans to take over 60 aircraft in 2015 but has only allocated its original subsidiary, Lion Air, four deliveries – including one 737-800 and three A330-300s. According to the CAPA Fleet Database, Lion Air received a 737-800 in Aug-2015, its only delivery so far this year.

But Lion Air has particularly been impacted by Indonesia's newly enforced price floors which has prevented it from offering its lowest fares on domestic routes.

The government began enforcing the price floors in early 2015, which set a minimum fare based on the category of an airline. LCCs are therefore unable to stimulate demand with low promotional fares.

See related report: Indonesia’s price floor for airlines is misguided, a bad precedent and will be counterproductive

As Lion is in the lowest of Indonesia’s three airline categories it can offer lower fares than airlines in the medium or high categories. But the difference in the minimum fares are relatively small, resulting in a narrower gap in fares between Lion and other carriers. Lion Air has been impacted and has been losing market share to other carriers.

But the Lion Group has been able to maintain its overall share of the market by pursuing rapid expansion at its full service subsidiary Batik Air, which is in the highest of the three airline categories. Batik currently operates a fleet of 30 aircraft and has added a remarkable 24 aircraft (14 737-800s and 10 A320s) since Aug-2014. This includes 12 deliveries in last five months of 2014 and 12 deliveries so far in 2015.

The other five narrowbody aircraft taken by Lion Group this year include the one 737-800 for Lion Air mentioned earlier in this report and four 737-800s for its Malaysian affiliate Malindo Air. (The Lion Group also has taken 12 ATR 72-600 turboprops so far in 2015, all of which have been placed with Indonesian regional carrier Wings Air).

The Lion Group is expected to allocate Lion Air, which previously took an average of about 10 737NGs per year, more aircraft deliveries in 2016. But the rate of capacity and passenger growth is unlikely to reach the levels achieved between 2008 and 2013.

While Lion Air will likely again receive several aircraft per annum in the coming years it has been looking at returning and leasing out its oldest 737-900ERs. Lion’s first batch of 737NGs will reach their tenth birthday in late 2016 and 2017.

Even without the ill-conceived price floor, lower domestic growth for Lion Air was inevitable given the overall slowdown in the Indonesian market over the last two years. Lion Air also has limited opportunity to further grow its market share as it already exceeds 40%, a relatively high figure given Indonesia has such a large and fragmented domestic market.

But there will be opportunities for international growth given that Lion Air now allocates over 95% of its capacity to the domestic market. The group initially envisioned Batik becoming the main brand for the international market. But there should be opportunities to extend the Lion Air network well beyond the current three countries. The Group will have to focus on establishing a brand presence, as neither brand is yet well known outside Indonesia.

Lion is already preparing to launch scheduled services by the end of 2015 to four secondary cities in mainland China, a market it has so far only served with charters.

China could eventually be served with a mix of 737s and A330s with the latter being used to larger cities and on longer routes. The new A330 fleet has the potential to become an important growth vehicle for Lion expansion in medium-haul markets across North Asia as well as to the Middle East and Australia.