Shares in UK aerospace and engineering company GKN Aerospace closed 5.6% higher yesterday. The company’s electronics and components are used on Northrop Grumman’s new unmanned combat aerial vehicle, which held its maiden test flight yesterday. Shares in the company are recovering, after falling to a two-month low in early Feb-2011.

Elsewhere, Russia’s United Aircraft Corp shares gained 4.6%, as aerospace stocks traded generally higher. EADS was up 1.3% and Boeing gained 1.1%. Both companies are awaiting a new – and final – proposals for the US aerial tanker contract. Details of the final proposal for the USD35 billion contract are due early next week. 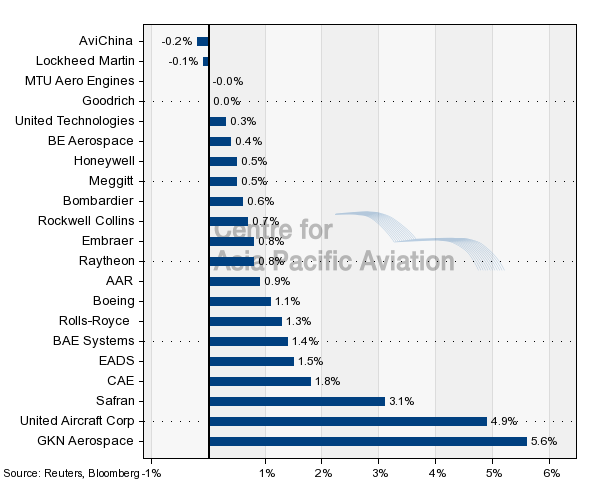