Lufthansa Group stated Germanwings is expected to report an improved operating result in 2011, despite the air traffic tax and the high oil price continuing to present challenges for Germanwings throughout the 2011 financial year. The company did not provide further details about its outlook, other to say that the full year result will be an improvement on last year’s operating result of an EUR11 million loss. However, given the increasing losses in the first half of the year, the carrier will still fall short of the record EUR39 million operating profit achieved in 2009.

Germanwings, which in recent years has established its presence in the no-frills segment in Europe, is increasingly seeking to attract more higher-yielding business passengers, with product enhancement to support these aspirations. The carrier previously noted that the changes to the European air transport sector that have arisen out of the global economic and financial crisis of 2009 have presented it with the ability to “grasp available opportunities, benefiting among other things from the shift in business travellers’ booking patterns."

Opportunities have arisen primarily from the fact that Germanwings constantly refines and successfully implements product innovations, which contributes to stabilising average yields. These steps are part of an extensive programme to safeguard earnings that are focused not on conventional cost-cutting but on improving processes and structures.

In the first six months of 2011, the Lufthansa subsidiary reported an operating loss of EUR46 million, marking a worsening from the EUR39 million loss reported in the previous corresponding period. The carrier attributed the losses to an increase in expenses related to the air traffic tax and persistently high oil prices. The LCC reported an EBITDA loss of EUR26 million in the period, a slight improvement from a EUR27 million loss in 1H2010. Revenues increased 10.2% to EUR293 million.

The carrier stated revenues were boosted during 1H2011 due to the airline’s more in-depth cooperation with Lufthansa. Germanwings became a member of Miles & More at the end of 2010. Since Jan-2011, it has been possible to book Germanwings flights in combination with Lufthansa via global distribution systems.

Germanwings has further improved its in-flight product during the first quarter, with these improvements also boosting revenues. Since the beginning of Jun-2011, the carrier introduced a 'Best Seat' product. As part of this, the first ten rows of the carrier's aircraft have aircraft with a larger seat pitch. The “Best Price” category comprises the larger seat, one item of luggage, a snack and a drink. It is particularly popular with business travellers, the carrier said. The option costs an additional EUR15 over the price of a standard ticket.

Meanwhile, the carrier signed an agreement with Travelport, which includes the Galileo, Worldspan and Apollo GDS systems, in Jul-2011, enabling its fares to be booked via Travelport with immediate effect. The agreements are part of the airline’s efforts to strengthen its cooperation with travel agents by further expanding its presence in GDS systems. The carrier announced a similar agreement with Amadeus in Jan-2011.

Germanwings handled 3.4 million passengers in the first six months of the year, a 2.0% year-on-year reduction. The company reduced capacity as planned, due in part to the air traffic tax, enabling it to improve load factors by 0.2 ppts to 74.2%. The carrier operated a fleet of 30 narrowbody A319 aircraft as at 30-Jun-2011, with eight A319-130s on order, and has 1276 employees, for an employee-to-aircraft ratio of 42.5 employees per aircraft. 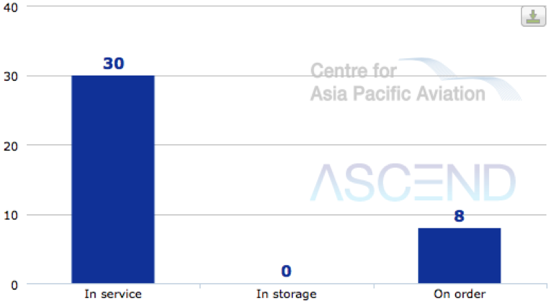 Subsequent to the reporting period, in Jul-2011, Germanwings registered a “sharp” increase of 3.8 percentage points in its load factor to 85.6% following adjustments to its capacity (ASKs), which declined 6.9%, outpacing a 2.6% reduction in traffic (RPKs). Passenger handled stood at 808,000, a 2.6% year-on-year reduction. 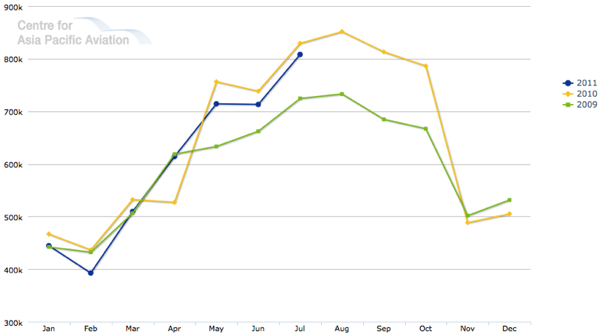 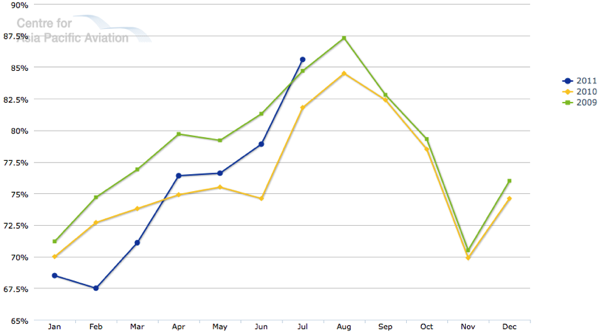 In network news, Germanwings ramped up its services to Italy in the summer flight timetable 2011 and now offers flights to Pisa, Naples, Bari, Cagliari (Sardinia) and Catania (Sicily). The carrier last month also announced plans to launch three times weekly Munich-Pristina service in Nov-2011. 75% of the carrier’s capacity is deployed internationally, of which 76% is deployed in Western Europe. 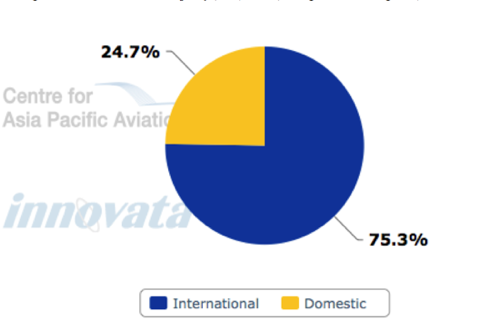 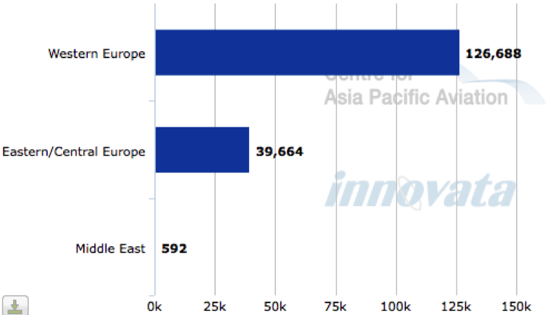 Germanwings flies to 75 destinations throughout Europe at present. 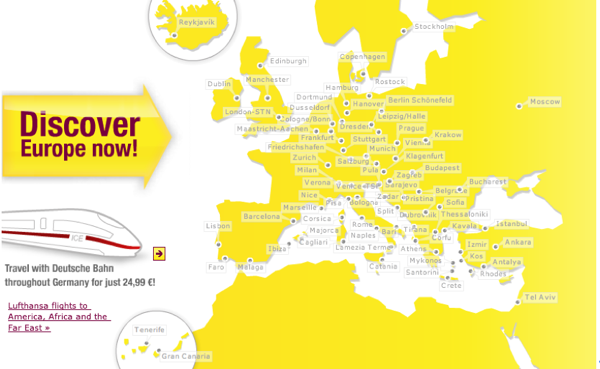 Germanwings is a Cologne/Bonn based LCC which commenced operations in Oct-2002. The carrier was renamed in 2002 after operating as Eurowings Flug since 1997. Since 01-Jan-2009, it has been a 100% subsidiary of Lufthansa. At this time, Eurowings and Germanwings went “their separate ways”, with Eurowings selling its 100% stake in its “successful” LCC to Lufthansa. Describing the decision, Eurowings stated that “having accomplished the launch period of Germanwings, both airlines can thus fully concentrate on their core businesses and take advantage of new opportunities for development".