ACL had instructed a local auctioneer to attach the aircraft and sell them by public auction or private treaty to recover USD2 million for the breach. On 19-Jun-2007, Fly540 entered into an agreement with ACL to purchase or lease a Pratt & Whitney Dash 8 aircraft, and agreed the contract would be governed and construed in accordance with English law.

Qatar Airways stated its B787 delivery plans have not been affected by the latest delay, with Etihad Airways similarly stating its deliveries will remain unaffected. An Etihad spokesperson said: "Etihad is not scheduled to take delivery of the first two of its B787 Dreamliner aircraft until 2014. Etihad has been in close contact with Boeing, and the manufacturer is confident there will be no impact to our scheduled deliveries." Etihad Airways has 35 firm orders for the aircraft plus 25 options, while Qatar Airways has 30 B787s on order with 30 options. 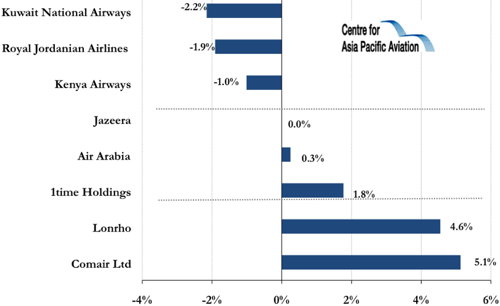