EADS CEO Louis Gallois has forecast that manufacturers from China, Russia, Canada and Brazil will eventually break the existing large commercial aircraft manufacturing duopoly between Airbus and Boeing and will force alliances between manufacturers. With six major players in the market, there will be insufficient demand for everyone, forcing manufacturers into strategic agreements.

Competition among these manufacturing "giants" to seal strategic agreements "will be even harder and more aggressive than competition to sell their products" said Mr Gallois.

Meanwhile, Airbus announced it is targeting the autumn of 2014 for a maiden flight of its A320neo, with certification to follow about one year later. Entry into service is scheduled for Oct-2015.

Current planning calls for an eight-aircraft flight test programme, which will accumulate a combined total of approximately 2600 flight hours. The manufacturer has orders and commitments from IndiGo, Virgin America, ILFC and TAM. The aircraft will feature "sharklet" wing-tip devices and two new engine choices – CFM International’s LEAP-X and the PW1100G by Pratt & Whitney. Modifications for the A320neo configuration include certain structural changes to specific airframe areas, along with a new engine pylon. Earlier this year, customers selected the PW1100G as lead development engine. 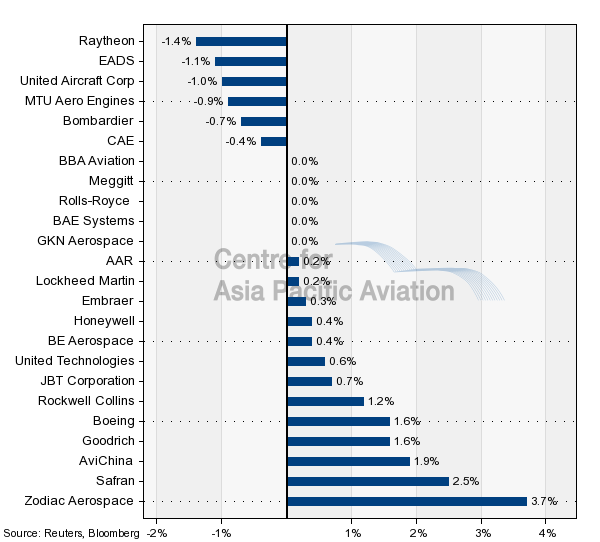