Delta Air Lines has made interesting network moves during the last few years, seizing on opportunities from mid-sized airports. Raleigh Durham has become a focus city for the airline and is one of several non-hub markets featuring nonstop flights operated by Delta to Paris.

In 2018 Delta launched flights from Indianapolis to Paris, joining flights to its French hub from US non-hub airports in Raleigh, Cincinnati and Pittsburgh. After a decade of service, Delta has opted not to resume seasonal service from Pittsburgh to Paris, citing overcapacity in that particular trans Atlantic market.

Officials from Indianapolis appear bullish about Delta’s first year of service to Paris, and unlike its situation in Pittsburgh, Delta has a stronger position in Indianapolis, Raleigh and Cincinnati that should help to sustain long haul flights for now.

Delta merged with Northwest over a decade ago and after maximising the hubs in the combined networks of each airline, Delta has dedicated part of its attention during the past three to four years to leveraging opportunities at mid-sized airports.

Raleigh has become a focus city for Delta, after the airline had determined that it was a fragmented market that offered network opportunities, given the region’s status as a fast growing city with a strong tech sector that is helping to fuel economic growth. Delta now represents 27.3% of Raleigh Durham International airport’s ASKs.

A key milestone for Delta in the development of Raleigh as a focus city was the May-2016 launch of direct flights to Paris, a hub for its SkyTeam trans Atlantic joint venture partner Air France-KLM.

Delta secured USD1.25 million in fee waivers and marketing support from the airport, according to the Raleigh Business Journal, and local businesses also pledged USD1.1 million to support the flight.

Schedules from CAPA and OAG show that Delta currently serves Raleigh-Paris with a Boeing 767-300, which is larger than the 757 the airline used to launch the route three years ago.  Raleigh’s other long haul flight is American’s service to London Heathrow.

During May-2018 Delta inaugurated service from Paris to Indianapolis, and according to the Indianapolis Business Journal, the incentives for that service were a bit more complex. The package Delta forged with the Indiana Economic Development Cooperation included up to USD5.5 million over a two year period – USD3.5 million in the first year and USD2 million in the second, based on the number of passengers the flights garnered. During year one, Delta would receive USD110 per round trip passenger that boards the flight and USD70 per round trip the second year.

The publication recently reported that it took less than a year for Delta to earn the USD3.5 million in the incentive agreement.

Delta has opted to increase frequency on the route from five weekly flights to six in Sep-2019, which marks the start of US shoulder season. The increased frequency could be an indication that there is solid business demand for the flight. The Indianapolis airport has concluded that an average of 1,000 passengers per week are traveling on the route.

Indianapolis is one of three non-hub airports in the US that offer flights to Paris offered by Delta. The others are Raleigh and Cincinnati, which is a former Delta hub. Its flights to Paris from Cincinnati have been in operation for roughly 20 years.

Delta has a strong presence in Indianapolis, which was a former focus city for Northwest. It also has a leading seat share in its focus cities of Raleigh and Cincinnati.

Given Delta's strong position in those cities, trans Atlantic service to one of its stronger European hubs is not a stretch for the airline, particularly as it works to maintain its roster of corporate contracts in those metropolitan areas.

One market that has lost Delta service to Paris in 2019 is Pittsburgh. Delta opted to end the service after a decade.

Delta introduced year-round service from Pittsburgh to Paris in 2009 with approximately USD9 million in incentives from both the Allegheny Conference on Community Development and the state, according to the airport. Once the subsidies ended, the airline continued operating the route on a seasonal basis.

One of the reasons Delta cited for its decision to end those flights was that there was increased trans Atlantic capacity from Pittsburgh. The long haul low cost airline WOW Air operated four weekly flights from Pittsburgh to Reykjavik that ended in Jan-2019, before that airline went out of business in Mar-2019.

London was a key win for Pittsburgh and the airport has stressed that it still has a strong relationship with Delta. But WOW’s low cost flights combined with BA’s new service to Heathrow led Delta to decide that it could pursue other opportunities for long haul service from medium sized US airports.

Delta’s position is also different in Pittsburgh; unlike in Indianapolis, Cincinnati and Raleigh, Delta is the fourth largest airline at Pittsburgh measured in ASK deployment. BA’s oneworld JV partner American Airlines is the third largest airline operating from the airport.

Pittsburgh International airport percentage of system ASKs by airline, as of early Jun-2019 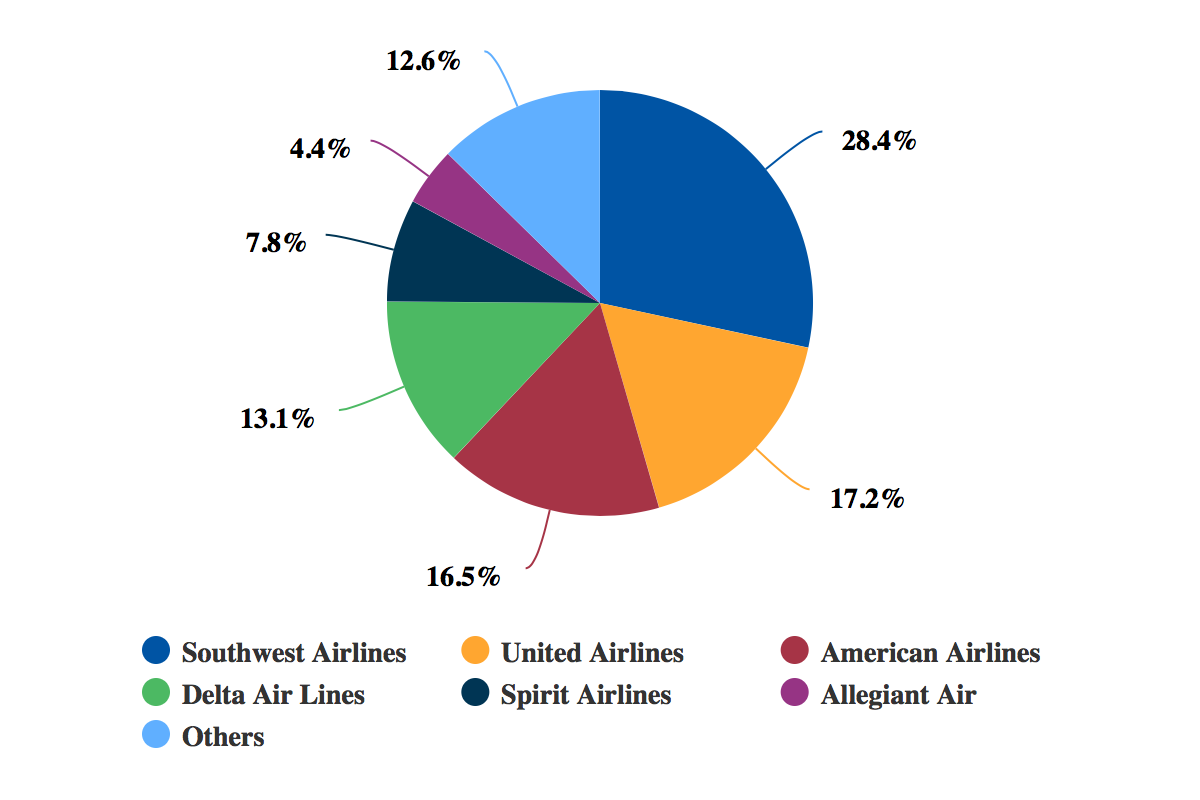 Delta has a slightly different network strategy from those of its larger US global airline peers American and United, which are clearly attempting to maximise value from their largest hubs.

The business case (and incentives) for Delta’s service to Paris from Raleigh and Indianapolis seems logical, and for now it appears that Delta is committed to making that type of service work for the foreseeable future.

But obviously when the next major unanticipated event occurs that triggers a down cycle, that service has the highest risk of being terminated.