The intensity of the COVID-19 coronavirus has upended the global airline industry, and now airlines in Latin America are starting to face the severity of the virus’ rapid spread.

Airlines operating in the region are taking action that mirrors those of operators across the world, including slashing capacity to unheard-of levels. Copa is warning of the most dramatic actions, including the possibility of a complete temporary shutdown of operations in Apr-2020.

In South America, Brazil has the largest number of confirmed COVID-19 cases, and demand appears to have diminished quickly in the country’s domestic market. Its three largest airlines – GOL, LATAM Airlines Brazil and Azul – are instituting dramatic capacity reductions starting immediately. Those cuts are continuing over the next couple of months until there is more clarity around when the severity of the COVID-19 pandemic will diminish.

As of 19-Mar-2020, Brazil had 533 confirmed cases of COVID-19, which was the largest number in South America’s biggest aviation markets.

Airlines are widening their planned capacity cuts, which have resulted from plummeting demand triggered by COVID-19 on a daily basis, and in a week’s time span the larger airlines operating in the region have moved from significant international capacity cuts to drastic decreases in domestic markets.

Copa Airlines is in a particularly unusual position: the company strategically leverages its hub at Panama City Tocumen international as a connecting point between North and South America, as well as between Central America and the Caribbean.

Data from CAPA and OAG show that 99% of Copa Holdings’ ASKs are deployed into international markets.

Copa Holding domestic vs international ASKs, as of mid-Mar-2020 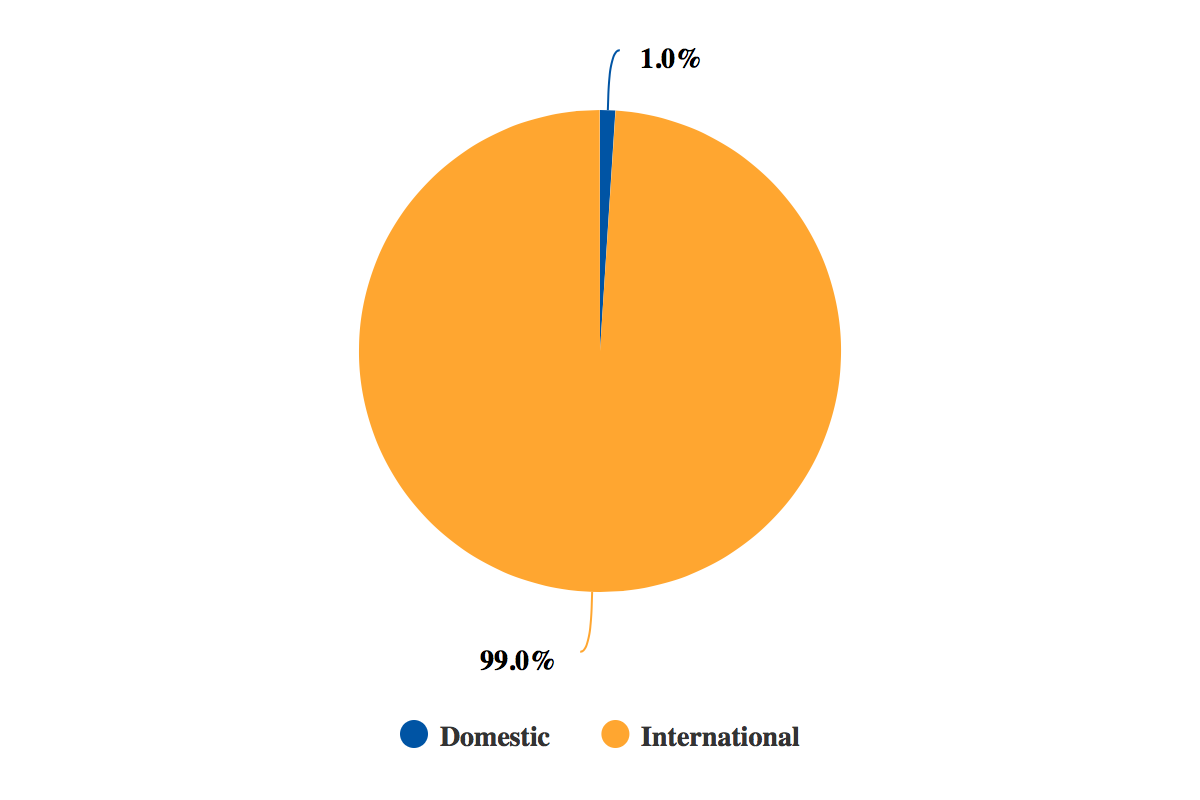 The airline has warned that during the last few days Panama, Colombia, Ecuador, Venezuela, Honduras, Chile, Peru, Guatemala, Trinidad and Tobago, Argentina and Canada have either prohibited flights to their countries or instituted significant travel restrictions.

Those restrictions, said Copa, are resulting in the grounding of most of its fleet during the next few days. Copa Holdings has an operating fleet of 96 aircraft.

Copa is planning to cut its capacity by 80% for Apr-2020 and also stated that there was a possibility of a total shutdown of its operations.

The airline is one the strongest operators in Latin America, and before the onset of the COVID-19 crisis Copa was projecting an operating margin of 16% to 20% for 2020.

Obviously, any previous financial projections are null, and Copa is warning that it is unable to predict the duration of the situation and the “the extent to which it will be able to reduce costs or the timing for any potential recovery”.

Copa has stressed that it has a strong financial position, with low leverage and high liquidity. According to the Wall Street Journal, at the end of 2019 Copa’s cash and short term investments were USD851 million and its total debt was USD1.36 billion. The company’s total debt to EBITDA was 1.90.

Brazil is South America’s largest country, with a population of approximately 213 million. Although Brazil's confirmed cases of COVID-19 are lower than those of other highly infected areas, air travel demand in the country is coming under significant pressure.

To illustrate the rapid drop-off in demand that airlines worldwide have experienced: Brazil’s largest domestic airline measured by passengers carried, GOL, stated in Feb-2020 that it was experiencing minimal to no effect on demand from COVID-19, and it was not necessary to adjust its service levels.

“However, in recent days, there has been a market-wide decline in demand for air travel in Brazil,” GOL has stated.

The majority of GOL’s ASKs, 85%, are deployed into the country’s domestic market. GOL has stated that its 12-month trailing gross debt (excluding perpetual and exchangeable bonds) to EBITDA is 3.3x and its cash and equivalents at the end of 4Q2019 were BRL4.3 billion.

GOL domestic vs international ASKs, as of mid-Mar-2020 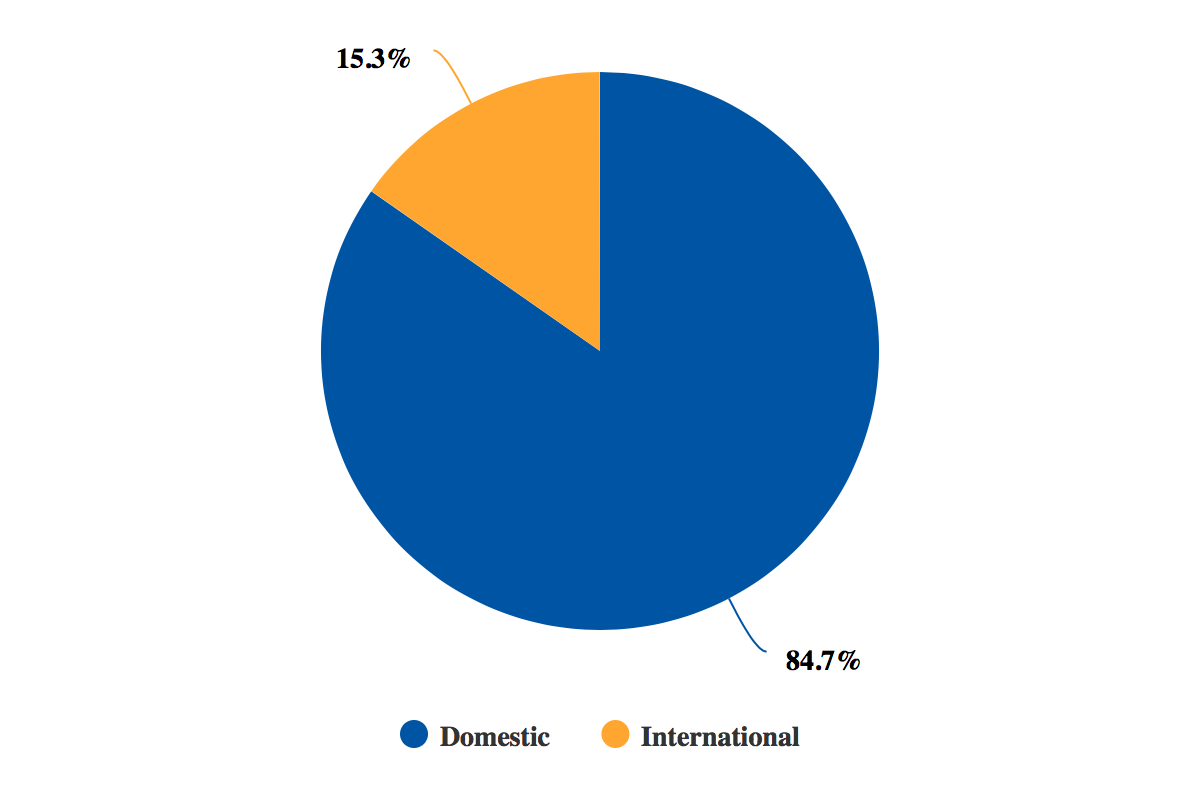 LATAM Airlines Brazil's parent LATAM Airlines Group has outlined a 70% system-wide cut in its capacity, with a 90% decrease in international flights and a 40% reduction in its various domestic markets.

The company has domestic operations in Argentina, Brazil, Chile, Colombia, Peru and Ecuador.

Azul also operates services between Montevideo and Porto Alegre. Azul has already reduced frequencies from Campinas to Lisbon, and has suspended flights from Campinas to Porto from Sep-2020 to Mar-2021. It is also unlikely that Azul will launch its planned new service from Campinas to New York JFK in Jun-2020.

The airline has stated that it is also grounding aircraft; however, it has offered no specific details regarding the jets it will make idle. Before the COVID-19 crisis, Azul had reached a deal with the US start-up Breeze (headed by Azul chairman David Neeleman) and LOT Polish Airlines for the sublease of its older Embraer 195s.

Previously, Azul executives have said that “LOT has the first pick…they have 18 firm and 14 options they can exercise. And then Breeze can take up to 28. Obviously, we only have about 53 of these [older Embraer 195s]…LOT will take up to 32, and then Breeze will take the remaining”.

Those arrangements may well be altered, given the fact that COVID-19 is wreaking unprecedented havoc on the global aviation industry. As of mid-Mar-2020, CAPA’s Fleet Database shows that Azul had 46 current generation Embraer 195s in service and six in storage.

It is hardly surprising that Latin American operators are now working feverishly to combat the sudden fallout in demand as the COVID-19 crisis intensifies worldwide.

With no certainty over when demand will bottom out, those airlines are joining their worldwide counterparts in taking extreme, unprecedented measures.

And generally, since Latin America has a larger proportion of its population that is on the verge of, or just entering, the middle class, the rebound in that region could differ from in other areas of the world. However, there is no blueprint to administer for this crisis, so airlines worldwide are being forced to assess their situations on a day-by-day basis.