It is not a coincidence that just as IATA determined that Latin American airlines had received the lowest levels of government assistance worldwide, two of the region’s major airlines – Avianca and LATAM Airlines Group – have sought bankruptcy protection during the past couple of weeks.

IATA and other organisations have been sounding the alarm that Latin American operators were in danger without some form of government assistance, and now those warnings have come to fruition.

Unlike Avianca, LATAM was in better financial shape before the COVID-19 crisis and before entering Chapter 11, and appears to have supportive shareholders that are extending loans to the airline.

LATAM is not a brand that will disappear, but its bankruptcy filing shows how airlines have been blindsided by the pandemic. And it could be a wake-up call for more government support to materialise in the region.

Latin governments offer the least financial aid to their airlines

Latin America has the lowest levels of support, with approximately just 1% of 2019 airline operating revenues.

Percentage of government aid to airlines by region, based on 2019 operating revenues

During the past few weeks various organisations have been warning that Latin American operators were at a significant risk of going out of business if governments did not step up to offer aid to the region’s airlines.

Previously, ALTA cited a report from JP Morgan. The report estimated that if "all Latin American Airlines cancel 100% of their itineraries for an extended period, they will survive between three and 10 months maximum”, the association cautioned.

Avianca recently sought bankruptcy protection after it had spent most of 2019 restructuring debt. The airline ended the year with cash and equivalents (including restricted cash and securities available for sale) of USD379.9 million, which was approximately 8.6% of its revenues for the past 12 months.

As the COVID-19 virus spread worldwide Colombia, which is Avianca’s largest market, shut off its airspace, which severely limited Avianca’s operations.

And although the Colombian government has enacted tax relief for its airlines, its development bank Bancóldex has offered the country’s airlines a mere USD1.2 million credit line, which is not enough to sustain the liquidity and cash outflow challenges the country’s airlines will face during the immediate weeks and coming months.

Despite a stronger financial position than others, LATAM is forced into Chapter 11

At the onset of the COVID-19 crisis LATAM was on more solid financial footing than Avianca. Its cash balances and credit lines at the end of 2019 were approximately USD2 billion, which was 19.7% of its trailing twelve months revenue.

LATAM's net debt to EBITDAR was 4X. The airline has been profitable for the past four years. 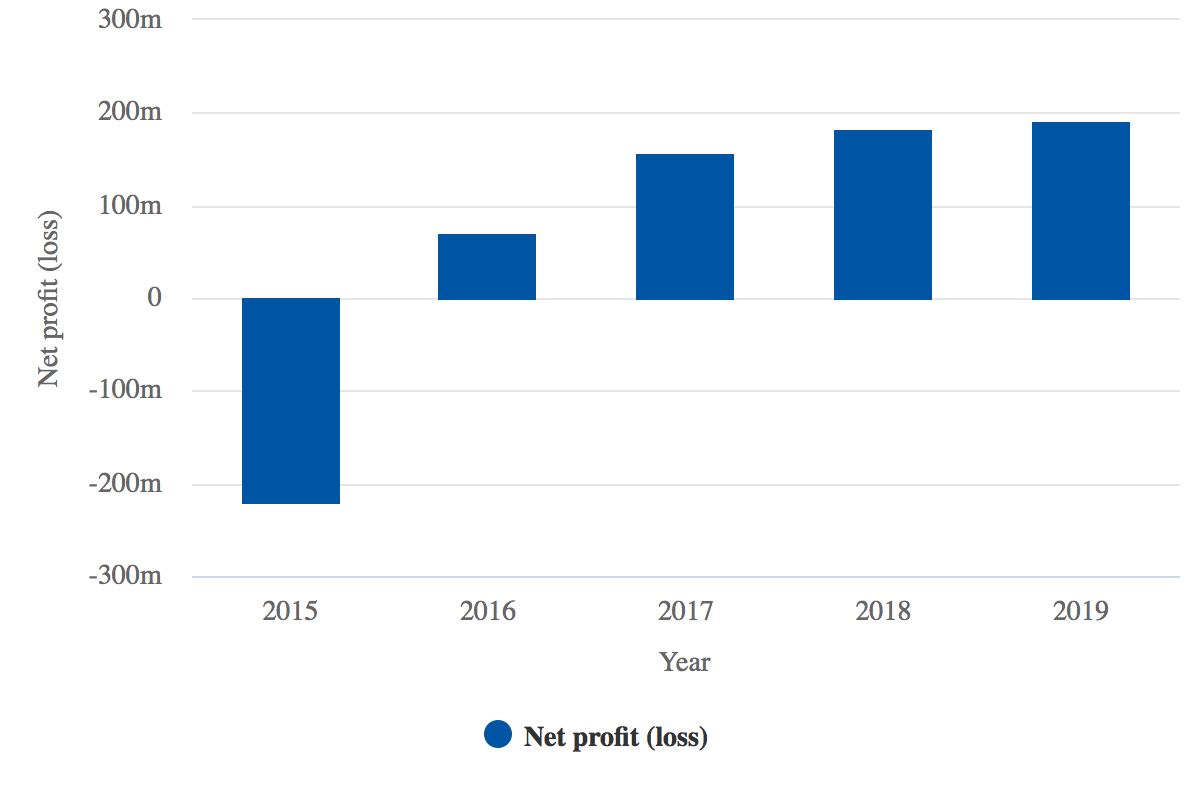 Data from CAPA and OAG show that, as of early Mar-2020, LATAM represented approximately 17.5% of Latin America’s system seats, making it the largest operator in the region by that measure.

Latin America's largest airlines based on system seat share: as of early Mar-2020

The airline had already been altering its order book and initiating cost cutting measures, as Latin America’s overall economy was not as strong as in other regions of the world. The company cut its aircraft commitments for 2020 from USD708 million to USD408 million and for 2021, from USD1.1 billion to USD773 million.

But the sudden and unexpected cash burn that LATAM and other airlines have faced was too much for the airline to endure without government aid.

Now LATAM has been forced to use the Chapter 11 bankruptcy process in order to rightsize its operations. Indeed, LATAM's judgement is that COVID-19 has brought aviation to a standstill, and has actually changed the industry for the foreseeable future.

Two of the LATAM company’s major shareholders, the Cueto family and Qatar Airways, have pledged USD900 million, which obviously is a positive step if the company reorganises in bankruptcy protection.

Delta Air Lines, which recently took a 20% stake in LATAM, highlighted that “while it was disappointing to see, none of the Latin American countries LATAM operates in was prepared to provide them government financial support to this point – which necessitated the decision to file”, said Delta CEO Ed Bastian in a memo to employees.

LATAM remains in discussions with governments for aid, but success is uncertain

It is unpredictable whether governments in Latin America can, or will, step to help the region’s airlines. But with two of the region's largest airlines now in Chapter 11 bankruptcy protection, governments may need to revisit their decisions to withhold aid.

LATAM Airlines Brazil is not included in the bankruptcy filing. The company said its affiliates in Brazil were in discussions with the country’s government about the next steps for financial support.

The country’s development bank, BNDES, has been in discussions with Brazil’s operators regarding credit lines, and the country has been praised by IATA for supporting airlines through the deferring of certain payments and applying a reduction in taxes. LATAM Airlines Brazil is the country’s second largest domestic airline measured by passengers carried.

LATAM has stated that it remains in discussions with the governments of Chile, Colombia and Peru to assist in finding additional financing, but it is highly uncertain that any support will materialise.

But Delta has no plans to provide financial support to any of its international partners.

“We’ll continue to provide our insight, our expertise. We are not in position to be making any financial commitments to any of them, and they are aware of that”, Mr Bastian has previously said.

The governments in Latin America may not be in a position to offer their respective airlines as much aid as other regions of the world, but there is an opportunity to engage with airlines to determine ways to help alleviate the unprecedented pressure created by COVID-19.

It is astounding that two of the region’s largest airlines have now entered Chapter 11, and it reflects the brutal reality airlines face as they work to create viable entities for the future. Two months ago no one would have predicted that those airlines would be seeking Chapter 11 protection.

The moves by LATAM Airlines Group and Avianca also show that airlines in some regions of the world will remain in survival mode for the foreseeable future.