Continental slides as Teamsters move; Alaskan, US Airways down and Gol continues negative.

Continental Airlines' shareholders were unimpressed by a Teamsters' announcement yesterday that the union was making a strenuous move to welcome the carrier's 8,000-odd baggage handlers and cargo agents. Continental shares fell 11.1% on the day.

Meanwhile, Alaskan, which yesterday announced a deal with its pilots' union, also lost considerable ground, down 7.6%.

US Airways, under attack at Boston Logan, following Southwest's announcement that it will establish a hub there, shed 6.9% of value on the day.

And Gol, still losing some of its previous glitter, lost a further 5.3% of market capitalisation.

On the upside, American Airlines (+7.5%) was rewarded for reducing capacity by 8% last year, with another 6% slimming planned for this year. 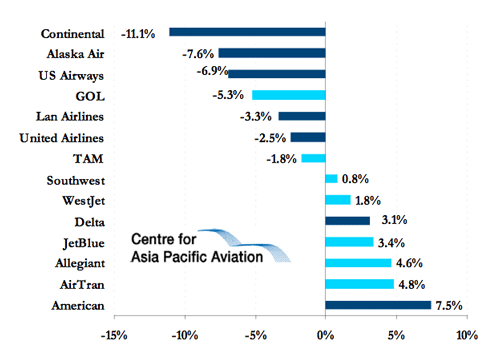 Continental shares have followed a precipitous road downwards in recent weeks, losing a massive two-thirds of their value of only two months ago. More bad news is what the airline does not need right now. 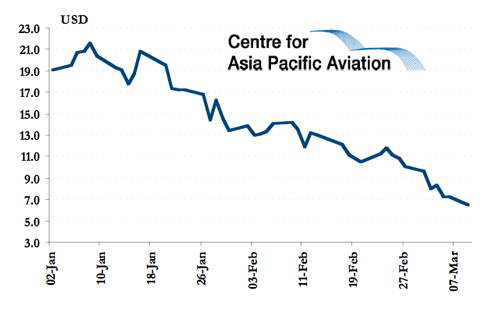