Shares in Cimber Sterling tumbled 8.5% in trading yesterday, as the carrier announced it has adopted the proposals to increase share capital made by the board at the carrier's AGM and appointed a mergers and acquisitions specialist to its board.

Cimber Sterling announced Kåre Bo Stolt has been appointed as a new member of the company's board of directors. Kåre Stolt is an attorney-at-law and Senior Partner of Accura Advokatpartnerselskab, with a specialty in M&A, stock market issues and corporate law.

The airline adopted several proposals for authorisations made by the board at the carrier's AGM.

Among the AGM proposals were:

Jazeera Airways was inducted into IATA on 07-Jun-2011, as a full airline-member during, becoming the 238th airline-member of the global airline association. Shares in the carrier jumped 5% yesterday, against generally lower airline shares prices in the Middle East and Africa.

Jazeera Airways CEO, Stefan Pichler, stated he looked forward to experiencing the benefits of joining the association. Jazeera Airways has already completed the IATA Operational Safety Audit and is on the registry. As an IATA member, Jazeera is expected to access to programmes and services will help it take advantage of the opportunities of the rapidly growing Middle East region. 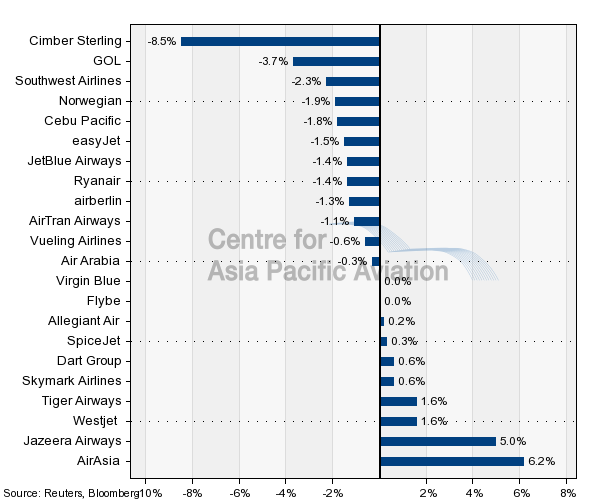