Shares in Danish LCC Cimbre Sterling jumped by 66% on Friday, following a report that Ukrainian billionaire Igor Kolomoisky is in talks to purchase the struggling carrier. Cimber has not commented on the takeover speculation but confirmed it is in talks with "a number of potential investors", although no agreement has been reached.

According to reports, the LCC could be merged with Swedish carrier Skyways, which Mr Kolomoisky controls. Skyways CEO Lars Ake Bertilsson stated: "We aim to create a strong northern European airline under the name Skyways, and we absolutely would like to be present in Denmark, Norway and Sweden where it would be obvious to start."

In Mar-2011, Cimber Sterling signed an agreement with GEM Global Yield Fund to invest DKK300 million into the carrier, through three annual tranches of DKK100 million, in exchange for new shares. The deal will come into effect for FY2011/12, but is still subject to approval from shareholders, with a vote to come in Jun-2011.

At the time, the carrier said it had received “positive indications of interest from a number of potential investors (both industrial and financial) and discussions are currently ongoing with a number of these parties. Provided they produce positive results, these discussions will lead to a strengthening of the capital base”. 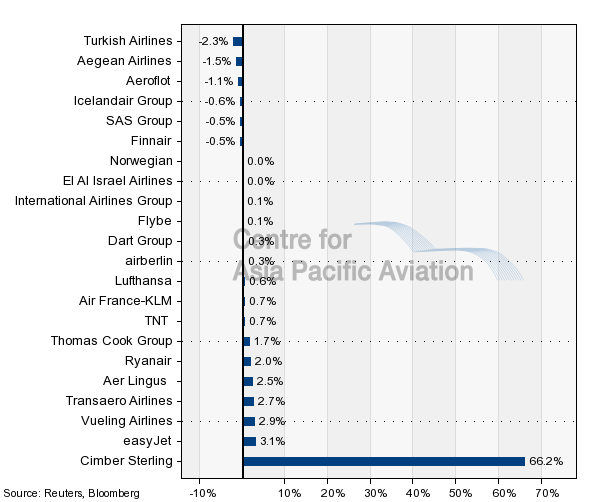