Air China Chairman, Kong Dong stated the carrier is likely to issue USD1.5 billion in bonds in 2011, although the actual size of the issue is yet to be determined. The carrier will use the funds to finance fleet acquisition. The Chairman also confirmed the carrier is considering overseas acquisitions by 2015. Air China's profit improved "significantly" in 2010, according to Mr Dong.

China Eastern Air Holding Co, the parent of China Eastern Airlines, forecast a difficult 2011 and expects profits to decline due to higher oil prices. Passenger and cargo traffic growth rates are also expected to ease from 20% in 2010 to 12% in 2010. Shares in China Eastern were down 1.4% on Friday.

Thai AirAsia confirmed it plans to list on Thailand's stock exchange in 4Q2011, a delay from the original listing planned for 3Q2011. 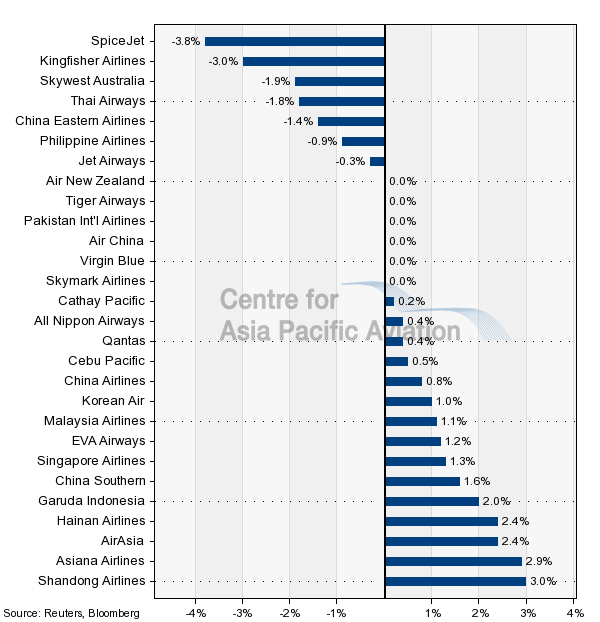