Chicago O’Hare International airport is ending a significant year, one in which it finalised an agreement to embark on a USD8.5 billion expansion plan that will help the airport remain competitive and satisfy the needs of its two largest airlines – United and American.

United’s recent rebanking of O’Hare has produced favourable results for the airline, as it works to recapture some lost domestic market share. The airport is a key mid-continent hub for United, and is the airline’s largest base measured by departing frequencies.

Even as costs are set to rise at O’Hare, growth from airlines operating at the airport continues unabated. United and American, in particular, are making a push to shore up their connectivity at the airport, which remains at the top in the US for domestic connectivity, according to CAPA partner OAG.

Given the strategic role O’Hare plays in the networks of its largest operators, they seem willing to accept the trade-off of higher costs in order to maximise efficiency at the airport. 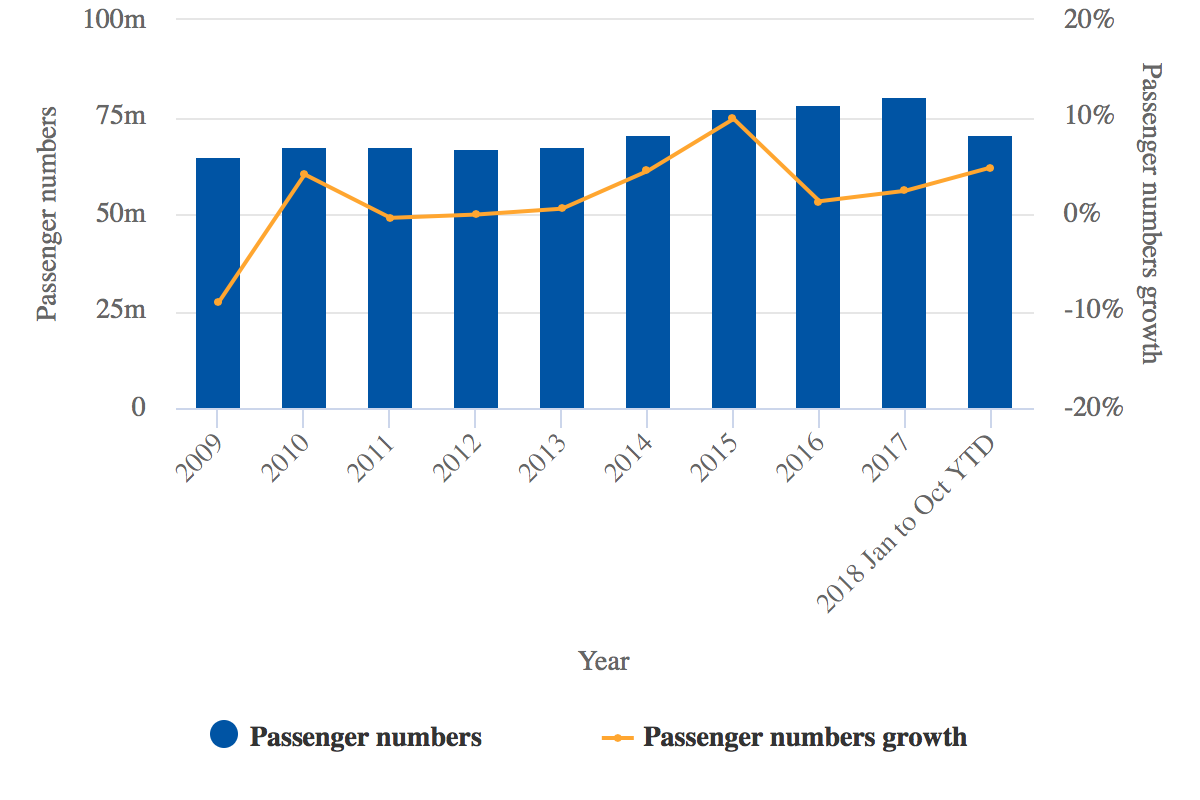 Growth in 2018 is being driven a by a push from O’Hare’s two largest airlines – American and United. 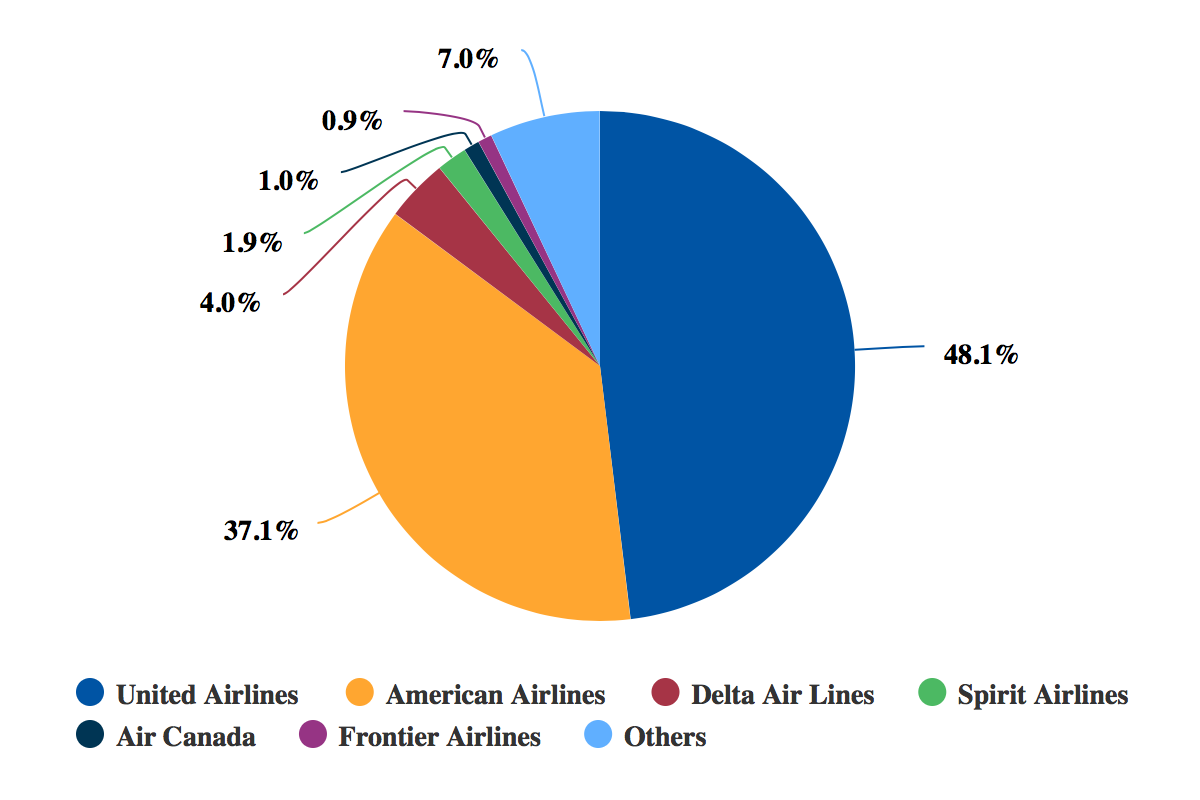 United started rebanking operations at O’Hare in 2017 in order to bolster the number of higher yielding connecting passengers travelling through the airport. The move was part of a broader strategy by United to strengthen its competitiveness in the US domestic market, and although it was met with some scepticism initially because of United’s overall planned capacity increases, the strategy is starting to pay off.

During 3Q2018 United’s domestic passenger unit revenues (PRASM) increased 6.7% year-on-year, and PRASM at its mid continent hubs at Houston Intercontinental, O’Hare and Denver grew 6.8% year-on-year. Both Houston and O’Hare have already been rebanked, and Denver is scheduled for rebanking in 2019.

American also added a raft of new markets from O’Hare in 2017, including the smaller markets of Appleton, Boise, Colorado Springs Greensboro and Greenville, and several other seasonal markets.

O’Hare’s two largest airlines reached a landmark deal with the airport in 2018 to support an 8.5 billion expansion plan that includes replacing terminal 2, expanding terminal 5 and gate expansion. The project will take nearly a decade to complete.

After American had argued that United’s acquisition of five gates was anti-competitive, an agreement was reached to accelerate construction of three new gates in the airport’s L concourse, ultimately satisfying American.

The ratings agency Fitch has concluded that, given “the limitations of external funding resources, O’Hare will likely assume a considerable addition of future borrowings, resulting in elevated leverage and airline costs for many years”. The Chicago Tribune reported that the airport’s debt level would reach USD14.5 billion by 2022.

Fitch has calculated that O’Hare’s cost per enplanement (CPE) would rise from the current level of USD15 to USD25 in approximately five years, excluding the new capital improvement plan.

“The new capital plan will only exacerbate the degree of cost increases and likely place O’Hare as one of highest cost airports in the U.S. and a much higher cost level versus the city’s Midway Airport”, was Fitch's conclusion.

The company notes that other gateways, including New York, Los Angeles and San Francisco, are also facing steep increases to airport costs but haven’t experienced adverse demand shifts because of their market strength.

The same conclusion could be drawn for Chicago O’Hare. Even as its costs are likely set to rise markedly, the airport’s leading domestic and foreign airlines have approved new leasing agreements that include the new capital plan, said Fitch, “and therefore recognize both the value and the cost implications to maintain service in a strong Chicago market”.

Given Chicago’s size and its position as one of the leading airports in the US, most airlines are not going to walk away from the airport. The US ULCCs Frontier and Spirit even have a presence at the airport, representing nearly 3% and approximately 2% of O’Hare’s seats, respectively.

And even as costs are set to rise, growth at O’Hare continues. Data from CAPA and OAG show O’Hare’s ASKs are scheduled to increase year-on-year in early 2019.

More than 17 destinations have been announced or added from the airport in 2018, including Air New Zealand’s service to Auckland, Ethiopian’s service from Addis Ababa and Avianca’s new service from Bogotá. 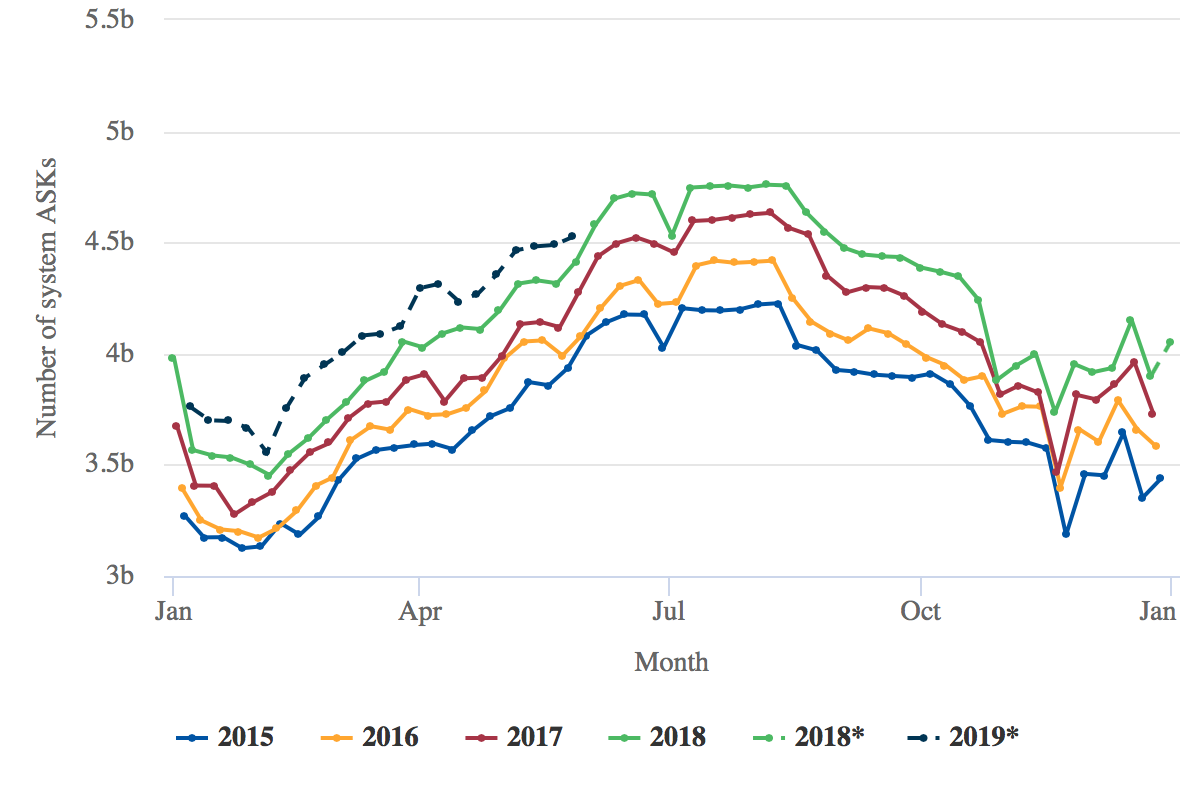 * These values are at least partly predictive up to 6 months from 17-Dec-2018 and may be subject to change.

O'Hare balances the need for capital improvement and the associated costs

Chicago O’Hare is balancing the need to support further growth while managing the expense necessary to ensure that it remains competitive with other US gateways.

Despite the cost of the project, ultimately the improvements at the airport should foster job growth and help the city’s economy to continue expanding.

The endorsement of the capital improvement plan by the airport’s largest airlines shows they understand that some investment is necessary to improve O’Hare’s efficiency and passenger experience.