US Leading Economic Indicators are improving, but US Consumer Confidence is heading south again. According to one of the major arteries of the US air travel system, the Chicago Airport System, things have flatlined. That is probably a fair assessment of underlying conditions in the US economy.

Chicago O’Hare handled 5.9 million passenger last month, down 8.7% year-on-year – a level it has been for much of the past year. Cargo volumes were down 25.1% - certainly not as bad as the 35% declines between Dec-2008 and Feb-2009 – but hardly a ringing endorsement of an underlying economic recovery. Aircraft movements at O’Hare were down 8.4% to 69,800. 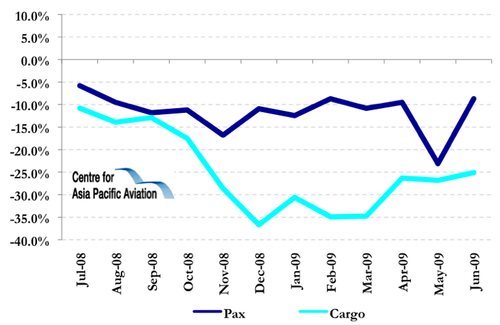 Across town, Midway is showing some better signs. Passenger numbers were down just 2.8% last month to 1.6 million, while cargo volumes were up sharply off a very small base, to 2,018 tonnes. Interestingly, aircraft movements at Midway were down by 7.1% last month to 21,545, suggesting airline load factors are improving. 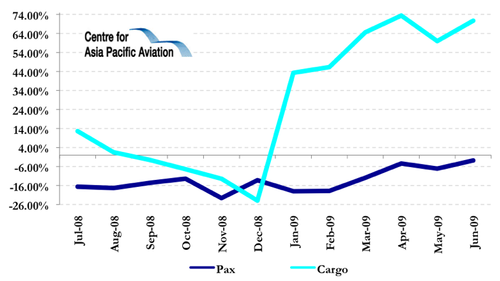 Wall Street shrugged off further bad news about US consumer sentiment yesterday, preferring to focus on positive signs in earnings reports. Consumer confidence rebounded strongly in late Spring, but has faded in the past two months.

According to The Conference Board’s Consumer Research Centre Director, Lynn Franco, “more consumers are pessimistic about their income expectations, which does not bode well for spending in the months ahead."

A drop off in consumer spending will be of considerable concern to airlines and airport operators like Chicago.