Cebu Air Inc’s board of directors approved the creation and implementation of a share buy-back programme involving USD46.3 million (PHP2 billion), approximately 4.22% of the company’s current market capitalisation. The programme hopes to stem the price decline of its shares on the Philippine Stock Exchange. 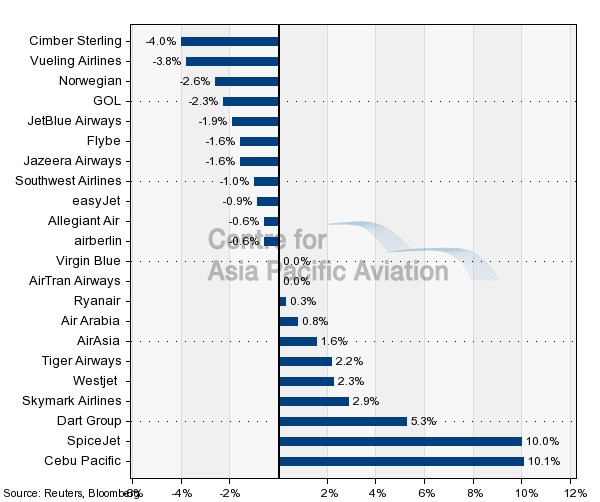