The order books of Airbus and Boeing are suffering this year from large numbers of cancellations, with 127 lost orders between the manufacturers this year, including 79 dropped from Airbus' order book. Shares in Airbus parent EADS were 0.3% lower yesterday, while Boeing shares were down 0.5%.

While orders may be suffering, Airbus and Boeing are pushing jets out at record rates. Airbus has delivered 167 aircraft through to the end of Apr-2011. Boeing lags only a little behind, with 141 deliveries. The pace of deliveries is expected to pick-up speed through the year, with Airbus and Boeing raising narrowbody output and Boeing raising B777 production. The second half of the year will be vital for Boeing, with the first B787 due to go to All Nippon Airways in Sep-2011 and the first B747-8 deliveries due to Cargolux in over summer 2011. 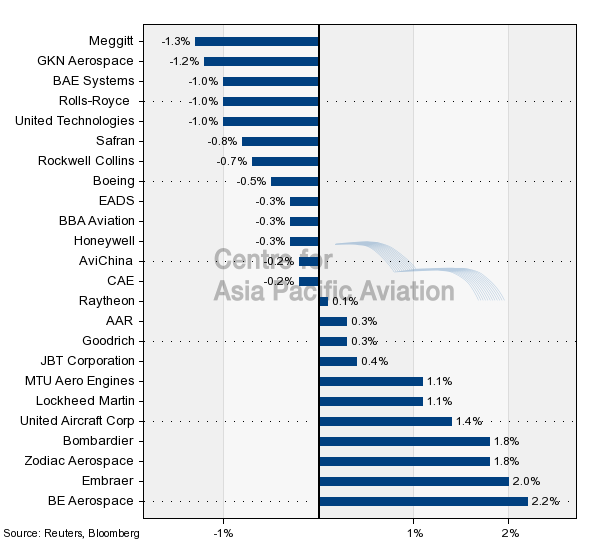