Brazil, China and Russia rolling out new aircraft programmes, but where is India?

China and Russia are separately developing next generation aircraft programmes with the launch of the MC-21 (Irkut/UAC) and C919 (Comac/AVIC) narrowbody programmes, respectively, to challenge the duopoly of Airbus and Boeing, whose aircraft are increasingly dominating their home markets. Brazil could also step up with a new larger aircraft type. Of the four emerging BRIC economies, this leaves India out of the loop when it comes to domestic aircraft manufacturing.

India has a strong aerospace component manufacturing industry, providing parts for Airbus and Boeing, as well as other smaller aircraft makers. But India’s aerospace companies are still dwarfed by foreign rivals. Hindustan Aeronautics (HAL), India’s largest aerospace company, reported revenue for the 12 months to 31-Mar-2010 of USD2.6 billion, less than half that of Embraer or Bombardier.

While there are several small local aircraft designs either operating or undergoing testing, there has been little progress on the development of a larger indigenous commercial aircraft programme. In early 2007, an Indian Regional Transport Aircraft programme was announced. Under this, HAL has reportedly partnered with the National Aerospace Laboratories to jointly design a family of regional aircraft, starting with a 70-seat model.

After early reports that the Indian Government was pressing HAL to partner with Bombardier or Embraer for the 50-90 seat aircraft, little news has emerged on its progress. In 2008, the Council of Scientific and Industrial Research approved USD75 million in funding for the programme. Total funding for development is expected to exceed USD450 million.

Elsewhere in India’s aerospace sector, there are also ambitions to see the country produce its own aircraft. The Mahindra conglomerate recently invested USD37 million to acquired two Australian aerospace companies, Aerostaff Australia and Gippsland Aeronautics, as part of efforts to become a major aerospace supplier in India, and possibly even an aircraft manufacturer.

In an interview with The Australian in Mar-2010, Anand Mahindra, the Vice-Chairman and Managing Director of Mahindra, announced his ambition to turn the company into a “major force in aviation”. The ambition is to develop Mahindra into the “Embraer of India”, although Mr Mahindra acknowledged that it will be a long, step-by-step process to build up to required manufacturing expertise.

Overall, the situation is creating frustrations in Indian officialdom. Indian Air Force Vice-Chief, Air Marshall PK Barbora, this week called for a national aeronautics technology plan to provide a framework for the development of the industry in India. Speaking to The Hindu newspaper, Mr Barbora noted that India could have used the recent large order for aircraft by Air India parent, the National Aviation Company of India Ltd (Nacil) as a “lever to bargain for better terms for technology transfer, as China does”.

Even if HAL and Mahindra do manage to gain a foothold in the regional aircraft markets, they are entering a highly competitive space. Regional jets from Sukhoi (SSJ-100), Antonov (ANJ-148), Mitsubishi (MRJ), Comac (ARJ-21), Bombardier (CRJ-1000/CSeries) and potentially NG Aircraft, (with their proposed Fokker 100 resurrection) will crowd the sub-150 seat market over the next few years. 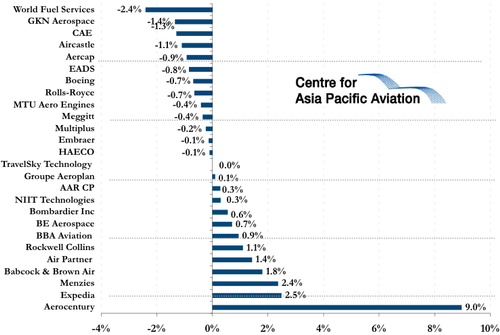