Bombardier's shares soared 13% yesterday on the release of its financial report.

Bombardier Aerospace COO Guy Hachey stated the manufacturer is watching its aerospace order backlog closely to determine if current production rates are sustainable. The order backlog for its Q400 turboprops declined to 13 months in 4Q2010 from 16 months at the end of 3Q2010 while its CRJ backlog stands at 23 months, down from 33 months. The company's target backlog is around 20 months.

Mr Hachey said Bombardier is seeing "an enormous amount of activity" on its 100-149-seat all-new CSeries. Speaking to Dow Jones, he said: "We're seeing a lot of interest in the aircraft. We expect things to pick up in 2012."

He added that the manufacturer is not anticipating any delays to the CSeries. First flights will occur in 2012 with Mr Hachey adding that the company is "very comfortable" with the programme's progress. He added that it has seen no CSeries orders lost to the A320neo adding that the 100-130 seat CSeries does not compete directly with the Airbus product.

Bombardier's financial highlights are as follows: 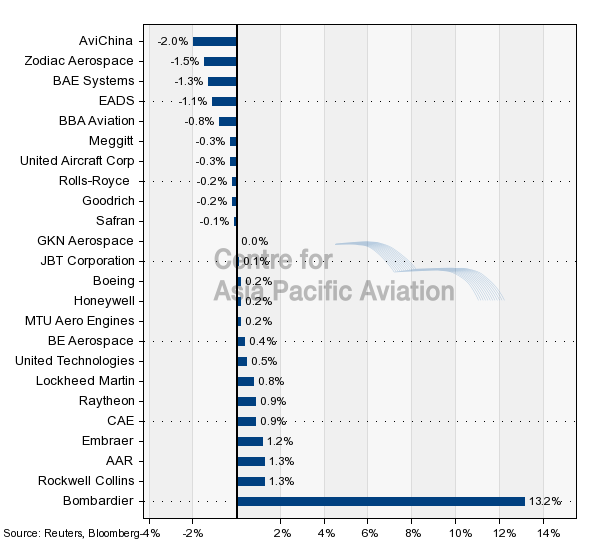