More consolidation and acquisition in the aerospace suppliers sector could be forthcoming, with B/E Aerospace announcing a USD650 million debt offering, which it intends to use to fund acquisitions.

The company increased the previously announced debt offering from USD500 million to USD650 million and priced the senior notes, due in 2020, at 6.875%. B/E intends to use the net proceeds of USD631.2 million to “fund acquisitions of businesses operating within, or complementary to, its commercial aircraft and consumables management segments”.

No takeover target has been identified, but B/E Aerospace confirmed it is “currently exploring or participating in discussions with third parties regarding a number of possible acquisitions”. However, the company “presently has no definitive agreements related to any acquisitions”.

The announcement comes less than a week after French aerospace company Latecoere confirmed that it is looking for a merger partner and believes that market consolidation and larger suppliers are necessary to support new aircraft from Airbus and Boeing. CEO Francois Bertrand believes that larger, more stable suppliers will better attract contracts from the two aircraft manufacturers prefer larger suppliers.

Stronger component manufacturers would be in a better position to support the development of next generation narrowbodies, which could require investment of USD10 billion from each manufacturer. According to the Latecoere CEO, the aerospace market is splintered, leading to supply chain weakness for major aircraft programmes. Latecoere does not plan to enter talks with prospective partners until 2011, by which time it expects business to have improved.

BAE, EADS and Boeing have all confirmed that they are potentially setting aside billions to pursue their own acquisition programmes, mostly in defence markets. EADS could make acquisitions of up to USD2 billion, as it pursues its goal of increased access to the US defence market. Boeing has announced it is interested in high-growth defence technology areas, particularly cyber security, intelligence and surveillance and unmanned aerial vehicles. BAE is set to sell its US unit, which produces parts for the commercial aerospace industry and for hybrid engines used in buses, in favour of defence-related businesses. 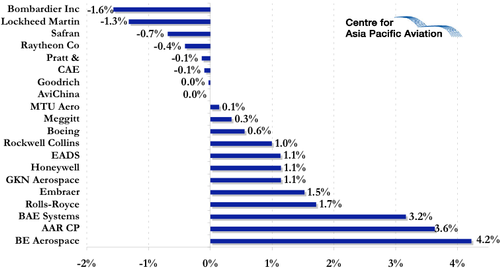 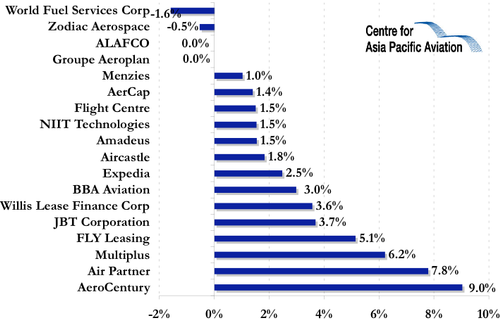