Thailand's Finance Ministry has announced it intends to cut its ownership stake in Thai Airways International from 51.03% to 49.99% and support a bid to end carrier's legal status as a state enterprise. Thai Airways confirmed that a 0.04% stake will be sold to the Crown Property Bureau, but has not said where the other 1% will be sold. Shares in the carrier were 6.2% lower at the end of trading yesterday and

Freeing the carrier of state enterprise status has been a goal of management, as it will reduce political oversight of investment, executive appointments and salary structures and grant it greater freedom in setting strategy.

Nok Air forecast that its earnings will decline from THB600 million last year to around THB190-200 million this year, due to high fuel prices. The fall is expected to come despite an expected surge in revenue, as the carrier's domestic network strategy pushes revenue up by as much as 50% this year. 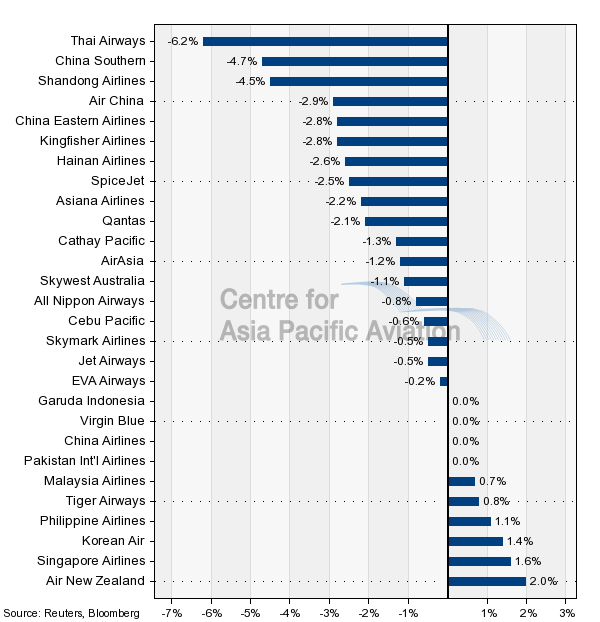