Multilateralism has played a very small role in airline liberalisation. The European Union is a powerful example, but that was a unique situation, which came as part of a much wider compact. So, less than perfect though it may be, moves in Asia towards multilateral ‘open skies’ offer considerable hope for a much more open trading system as rapid growth smooths differences.

The 10-member Association of SouthEast Asian Nations (ASEAN) has set a 2015 deadline to establish a Single Aviation Market for the region. The popular media, together with aviation observers, airlines and even aircraft manufacturers, tends to get excited about the prospects for unlimited air passenger travel within ASEAN.

Yet, the reality is more complex – the single market is unlikely to be realised in substance, certainly not by 2015.

To begin with, ASEAN’s conception of a single market is vastly different from, say, the European Union’s.

The ASEAN version is much less ambitious – only third, fourth and fifth freedom relaxations among member states are contemplated.

Seventh freedom access (allowing, for instance, a Singapore carrier to connect Jakarta and Manila without the flight originating or terminating in Singapore) is not included. Neither is the sensitive right of cabotage, the ability of a foreign airline to connect two domestic points in a country. The “single” market, for now, has to be understood in this qualified manner.

On their part, the third/fourth and fifth freedom relaxations are set out formally in two multilateral agreements that have entered into force.

The first is the Multilateral Agreement on Air Services (MAAS); this contains two relevant protocols that free up third/fourth and fifth freedom access respectively among the ASEAN capital cities. These protocols now have the acceptance of all the ASEAN countries, except for Indonesia and the Philippines. Both countries’ reluctance to accept them has meant that their capitals, Jakarta and Manila, remain excluded from the liberalising movement that is sweeping across the region.

The second is the Multilateral Agreement for the Full Liberalization of Passenger Air Services (MAFLPAS); this follows up by abolishing third/fourth and fifth freedom restrictions among all other ASEAN cities.

This second Agreement has even fewer adherents – Indonesia, Brunei, Laos and Cambodia have yet to accept it. Interestingly, the Philippines has accepted this agreement to open up access to its secondary cities even while keeping Manila restricted.

Meanwhile, Indonesia’s rationale for staying out is simple – unlimited third/fourth freedom access into its cities, including Jakarta, translates into unlimited sixth freedom opportunities for Singapore, Malaysian and Thai carriers (including aggressive low-cost airlines such as AirAsia, Tiger and Jetstar).

To protect themselves from such competition, Garuda and other Indonesian carriers lobby their government aggressively to steer clear of the ASEAN agreements. In turn, this restricts the other ASEAN carriers’ operations into Indonesia, subjecting them to finite capacity that remains negotiated bilaterally.

With Indonesia alone accounting for almost half the entire ASEAN population, its decision to stay out hampers the Single Market project significantly. Intra-ASEAN liberalisation is thus far from complete.

In sum, if the relatively modest third/ fourth freedom relaxations do not even enjoy full acceptance from member states, prospects are bleaker still for any future relaxation to seventh freedom and cabotage restrictions.

Another obstacle to liberalisation relates to ownership and control restrictions

Both ASEAN agreements attempt to introduce alternatives to the traditional “substantial ownership and control” rule. Thus, the agreements contemplate the creation of ASEAN “community” carriers that repose majority ownership and effective control in the hands of one or more ASEAN countries or their nationals. This opens the way for a carrier to be owned and controlled by interests spread among ASEAN countries, just like in Europe.

However, the agreements provide that each ASEAN country may still deny approval to any such airline seeking to operate to that country. This introduces risk and uncertainty for any potential cross-border investments in “community” airlines. Meanwhile, the likes of AirAsia and Jetstar can expand only by incorporating local subsidiaries that must remain substantially owned by local interests.

(But, by world standards, these “cross-border joint ventures” are a substantial breakthrough, made possible by a more enlightened – or at least less defensive – trend at government level.)

Shortsightedness of ASEAN members is creating for their own competitiveness as third party agreements start to have an influence. There is an irony – which often escapes the ASEAN members – in this unwillingness to go the whole way: it can actually strengthen the competitive position of non-ASEAN members. The full impact in intra-ASEAN liberalisation becomes evident when ASEAN, as a group, seeks deals with countries outside the group.

The landmark ASEAN-China Air Transport Agreement adopted in 2010 is one example. It is today already in force among China, Singapore, Malaysia, Thailand, Myanmar and Vietnam, with the other five ASEAN countries having the right to accept whenever they feel ready.

This Agreement and its first protocol provide for unlimited third/fourth freedom access for airlines on both sides, effectively superseding the relevant bilateral agreements between the individual ASEAN countries and China.

Hence, airlines from Singapore, Malaysia, Thailand, Myanmar and Vietnam now have unlimited third/ fourth freedom capacity into points in China, with the exception of Hong Kong, Macao and Taiwan: points excluded by the Chinese side.

Reciprocally, the Chinese airlines have similar unlimited third/fourth freedom access between China and points in the relevant ASEAN countries.

The near-term advantage for the ASEAN airlines is significant. They now have unlimited penetration into all of China, with the exception of the three excluded points. The Singapore, Malaysian and Thai carriers, in particular, have lost no time in launching flights to new Chinese destinations. Examples include Silkair (Wuhan, Changsha), Scoot (Tianjin, Shenyang, Qingdao), Thai AirAsia (Wuhan, Xian) and AirAsia (Beijing, Kunming, Nanning and soon, AirAsia X to Shanghai Pudong). The only limitation now relates to slot restrictions, prevalent at major airports such as Beijing Capital.

This paradox occurs because ASEAN airlines are only able to operate to the Chinese points from points in their own territory. The Singapore carriers, for instance, can only operate to China from Singapore, and not from other points in ASEAN. Similarly, the Malaysian carriers have unlimited access into China, but only from points in Malaysia. To connect China with other ASEAN points outside the airline’s home country would require the grant of seventh freedom rights among the ASEAN countries themselves, something that is not (yet) contemplated. On their part, the Chinese carriers can effectively connect any point in their backyard with any point in the ASEAN countries that have accepted the ASEAN-China Agreement. If all 10 ASEAN countries eventually accept the agreement, the Chinese airlines will still remain the only carriers that can connect any point in China with any point in ASEAN.

This network imbalance stems from the ASEAN countries’ own inability or unwillingness to treat themselves as a true single or common market. This is all too familiar when one recalls how the European countries were similarly disadvantaged in their “multilateral” relations with the United States.

Indeed, that was one reason why the European Commission successfully compelled the EU member states to establish a common market such that EU airlines can today operate from any EU point to any US point if they wanted to.

The ASEAN countries must thus forge a similar common position before they can take on the likes of bigger, unified markets such as China

In fact, ASEAN is actively looking to establish new agreements with India, Japan and Korea similar to the agreement with China. Yet, without a single unified market in their own backyard first, the ASEAN countries risk disadvantaging their own airlines in the long run, particularly as the Chinese and Indian airlines improve their networks, service standards and competitiveness.

Meanwhile, ASEAN and China have concluded a second protocol to their agreement that grants unlimited fifth freedom rights. However, the lack of a united stand among the ASEAN countries and China’s wariness of opening up its major cities have led to a deal that is likely to be commercially insignificant. 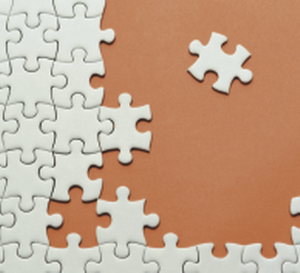 China’s discomfort with an ASEAN carrier (eg Singapore Airlines) conducting fifth freedom operations via China to other points (eg in the United States or Europe) has led it to exclude the three metropolitan centres of Beijing, Shanghai and Guangzhou from the “external fifth freedom” deal. Instead, only 10 Chinese cities (largely secondary ones) are explicitly identified for the exercise of such rights. Even then, there is a cap of 14 weekly flights per country. In turn, the ASEAN countries, apart from Singapore and Brunei, have offered only their secondary points for the deal, subject to the same weekly cap.

The small markets in these ASEAN and Chinese points make it unlikely that any significant fifth freedom operations will be mounted in the near future.

There is also no weekly cap. Even then, the list of 28 cities excludes Beijing, Shanghai and Guangzhou, and is essentially an extension of the 10 offered for the external deal.

Despite these shortcomings, ASEAN’s plan is for the overall liberalisation process to proceed in a dual-tracked fashion. The overriding hope is that in time, ASEAN member states will recognise that it is in their collective regional interest to forge a common market and a common position for negotiating with other countries.

But even the most optimistic observer will concede that time is not on ASEAN’s side. Progress is certain to be slow, with big players such as Indonesia continuing to hold out.

The huge disparity in airline sizes and competitiveness within the region is a reality, as is the general suspicion toward successful airlines from smaller countries such as Singapore and Malaysia.

As a result, the prospect for a truly single aviation market in ASEAN remains elusive. Here, just as cross-border joint ventures have helped circumvent ownership and control limits, it may be that market forces will force change, as new national and pan-Asian airlines seek to expand their access.