Also in Japanese news, Qantas Group LCC unit Jetstar is reported close to announcing plans to launch a Japan-based “all-economy” carrier in a joint venture with oneworld member Japan Airlines. Qantas Group is expected to update the market on the cost of the earthquakes in Japan and New Zealand.

Garuda Indonesia Marketing and Sales Director Arif Wibowo stated the carrier expects to report USD2181 million in revenue and a net profit of USD160.7 million  in 2011. Garuda Airways shares closed flat on Friday, but jumped 1.9% after the end of trading.

China Airlines Chairman Chang Chia-Juch stated the carrier expects to report a decline in profit for the six months ending 30-Jun-2011 from the USD217 million it reported in 1H2010. 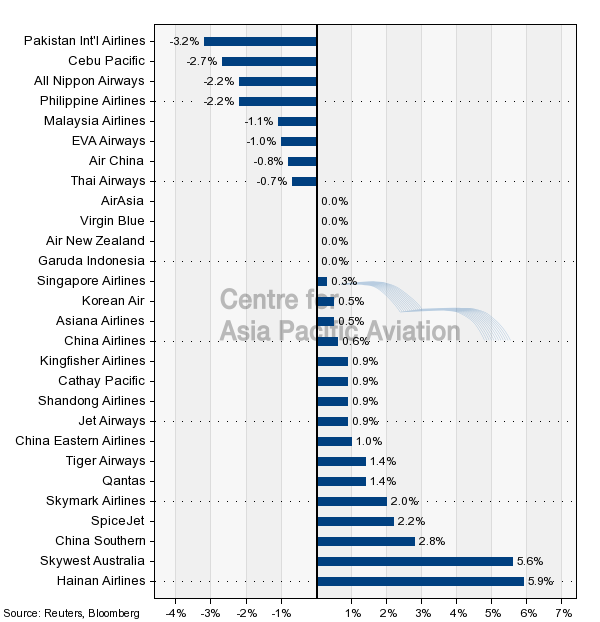