All Nippon Airways (ANA) domestic traffic dropped to a two-year low in Mar-2011 as the earthquake and tsunami which struck Japan affected demand during the last three weeks of the month. 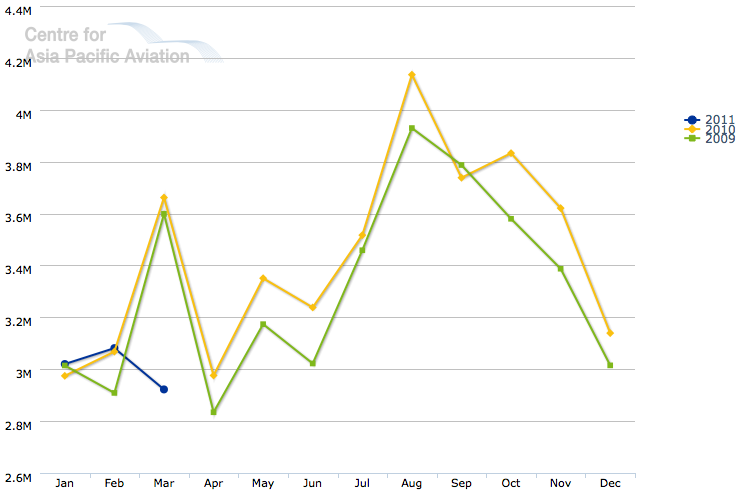 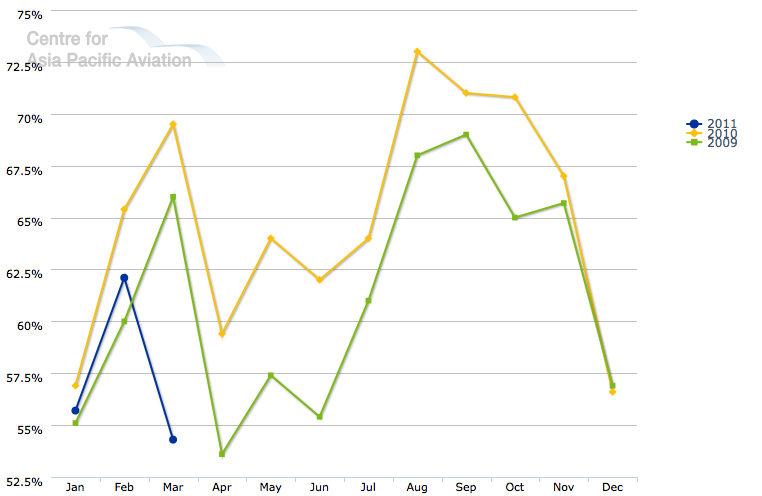 March marks the end of the fiscal year for ANA. Despite extremely tough conditions during the last three weeks of the year, for the 12 months ending 31 Mar-2011 ANA still recorded a 1.7% increase in domestic traffic to 40.577 million passengers and a 10.8% in international traffic to 5.169 million passengers.