Shares in American Airlines and JetBlue gained 2% on Friday, shrugging off steep falls on Wall Street.

The carriers are in discussions to add more cities outside the US from New York and Boston to a joint booking and frequent-flyer agreement that commenced in early 2010, according to a Bloomberg report. No timeframe for an expanded agreement has been announced. Investors are speculating the alliance could lead to a merger between the carriers.

Elsewhere, stocks were down by up to 3% on Friday. 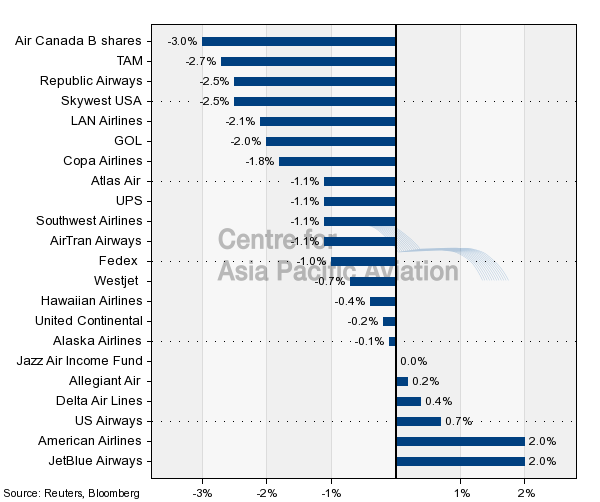