AirTran Airways’ shares slumped 9.8% yesterday, despite the carriers reversing a year-earlier loss in 3Q2009, with a net profit of USD10.4 million (compared to a USD95 million loss in 3Q2008), marking AirTran’s third consecutive quarter of profitability. 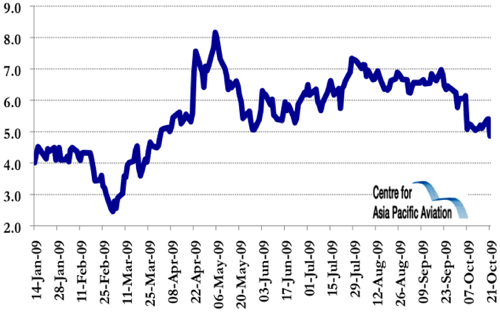 The carrier, which also reported a record year-to-date net profit of USD118 million, is benefiting from its low-cost focus and careful network selection.

These results prompted CEO, Bob Fornaro, to state,  “we're feeling pretty good about our profitability…I wouldn't say we are in a special place, but we've had a much better year than the rest of our competitors. We're solidly profitable”.

CFO, Arne Haak, added, “while we believe that the worst of the year-over-year decline in industry unit revenue appear to be behind us, the pace of economic recovery and the price of fuel remain uncertain. We continue to work actively to position the company for both good economic times and bad. We have dramatically slowed our growth profile, improved our capital structure, continued to diversify our network, and have built a solid portfolio of fuel hedges”.

JetBlue’s shares were down 4.7% yesterday, ahead of the release of the carriers’ third quarter results today (22-Oct-2009). JetBlue is expected to post a small profit again this quarter, although revenue is expected to slip due to price discounting. JetBlue has stated it would remain profitable for at least the remainder of 2009, after profitability in 1H2009. 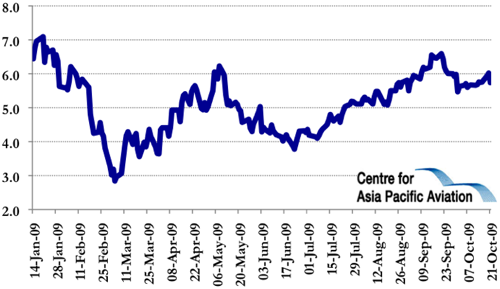 Allegiant shares’ were also much weaker yesterday, slipping 9.0% yesterday after the previous day’s 4.6% gain, following the release of its financial results. 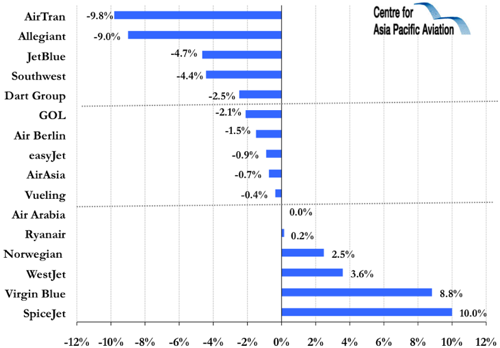