Several airports in north-east Japan have been affected by Friday’s devastating earthquake and tsunamis. None more so than Sendai Airport, which was flooded when the tsunami struck, and remains closed. Major gateways including Tokyo Narita and Haneda resumed normal operations on Saturday. 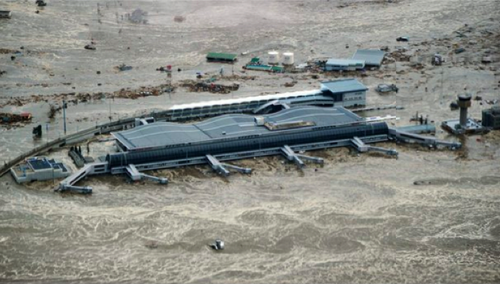 Sendai Airport is located adjacent to the coastline. 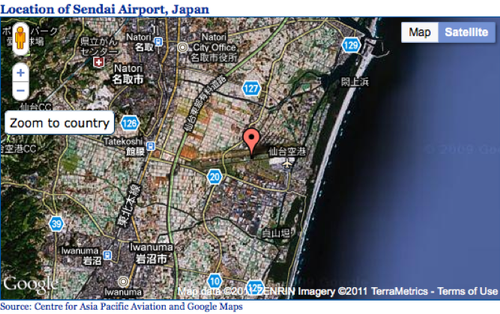 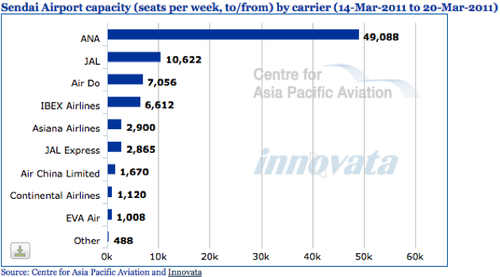 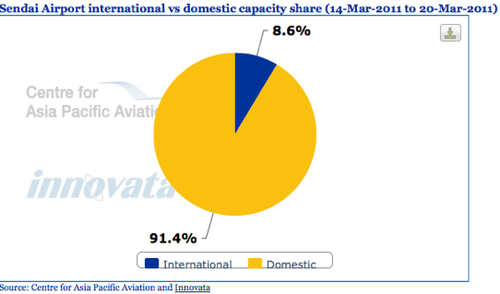 Other airports in the region are functioning. The Tohoku (Northeast) Shinkansen high-speed railway is not operating to Northern Honshu and domestic airlines are responding by operating extra flights to airports such as Fukushima.

All Nippon Airways cancelled 131 services as a result of the earthquake, affecting 32,700 passengers, while a further 24 flights were diverted.

CAPA expresses its deepest sympathies to the families affected by this event. Our thoughts are with the people of Japan and for those involved in the recovery effort.

Japan's earthquake and tsunami have resulted in international carriers issuing the following responses: