The International Air Transport Association (IATA) has strong views on the subject of airport privatisation which have been examined previously by CAPA. At the recent IATA Annual General Meeting a significant period of time was given over to examples on a country-by-country basis, and in the main with a negative consideration.

IATA adopts an open view, neither advocating for, nor against, privatisation but its first concern is the interests of its member airlines, as would be expected.

This short report reviews the airlines' position in the context of a recent airport transaction in Japan involving two airlines which may offer a model for wider use.

The question is whether any government really “rushes” privatisation

It is not a new subject for IATA to get its teeth into, but this time – and coincidentally while such privatisation activities are relatively in limbo – a great deal of comment has been expended on it. The CAPA-Centre for Aviation publication Airport Business Daily contained no less than 21 separate paragraph-length quotes from a senior IATA executive with privatisation within his brief as he catalogued such privatisation activity worldwide, and they were usually negative.

IATA professes not to take sides ("not in favour or against" as CEO Alexandre de Juniac says) but opines that there are "multiple solutions", and that governments should "explore them all before rushing into a decision".

In actuality, it is rare that any government “rushes” such a decision, which inevitably means some loss of control over the asset(s), and with the possibility in many cases that future governments might seek to overturn the decision. The events in Sofia, where a tender cut-off date was extended four times (and that is not unusual) should prove the point.

It is not a decision entered into lightly, and all manner of factors have to be dealt with – from negotiations with trades unions on onward terms and conditions for employees, to sovereignty issues.

While the former was admirably dealt with in Australia, for example (although lingering concerns with regulatory norms persist even there), these factors have caused endless difficulties in India and Nigeria.

An example of the latter would be Bolivia where a series of concessions held by Abertis (Spain) were abruptly cancelled without compensation, a contributory factor in Abertis exiting the airports business altogether  while political tensions between Spain and Bolivia hardened dramatically for a while. (They were not even Abertis’ original concessions; they were taken on as a result of a takeover.)

Airports have become assets to be recycled

And the situation almost casually overlooks the concept of asset recycling, which has been of value in the Australian privatisations (which are now almost two decades old) and which are driving the agenda, along with public-private-partnership (PPP or P3) projects, in the U.S.

For example in St Louis, where the specific rationale for considering a P3 lease was to unshackle the airport’s asset value in order to invest in other St. Louis infrastructure. It would not be the first time that such use of funds from potential airport privatisation has been identified in the U.S., including in some very large cities.

The IATA executive insisted that charges are higher for privatised airports. He stated, "This is not what we should accept from privatisation in any sector", and found support from Qatar Airways CEO Akbar Al Baker and who said, "After privatisation, they immediately hike the charges with not equal investment in improving the infrastructure".

But where charges are concerned it is often the case that regulation is at fault, rather than the operators. Australia could be proposed as a leading example, and even Mr Al Baker acknowledged that.

An increase in charges may not be what it seems

Airport takeoff and landing charges in Australia have risen by 26% in real terms over the last decade, to as much as AUD18.30 (AUD13.81) per passenger, according to a report that the Australian competition regulator released in Apr-2019 (and Australian airports habitually record the highest EBITDA Margins in the business).

But that needs to be measured against the consumer price index there which, also over the last decade, has increased by around 30%, averaging around 2.75% per year. Figures in isolation can be interpreted differently when compared to other inflation measures. The quantum becomes controversial however as air fares have mostly declined over this period, due to a combination of airlines (and aircraft) cost reductions and continuing levels of competition.

And it is not a given that rising charges equate to declining investment. In Europe alone, most of the leading privatised primary airports have received considerable investment over recent years and will continue to do so in the future.

The one exception is private equity, which is usually in it for short term gain and even asset-stripping, but even there, there are exceptions. Such as the time, effort and investment Bridgepoint Capital put into Leeds Bradford Airport over almost a decade, creating much-needed gravitas for an airport that serves the UK’s third largest city and a major financial centre.

The fallacy of IATA’s position is exemplified by this comment from the IATA senior executive, who went on to speak about airport construction activities or what it considers to be the lack of them.

The association estimates that most of the 100 biggest airports by passenger volume need major infrastructure development in the next decade to keep pace with projected growth. According to IATA, “given the timelines for these projects and the relative scarcity of funding, it is unlikely that airports will expand as required within the time frame.”

The scarcity of funding is key to all this. Although the financial crisis is 10 years old, it shows no sign of abating in many countries where ‘austerity’ measures are still very much in place. It is simply no longer the case that many local and regional authorities these days can even afford to continue to run an airport, especially when so many of them (and over two thirds of the smallest ones) habitually lose money, and while there are pressing demands for the urgent allocation of funds by those authorities for health, social and educational needs – let alone for basic infrastructure like garbage collection and working sewers.

That is why there will always be a need to have a privatisation ‘avenue’ available.

IATA’s brief is (and this was confirmed during an overview of potential airport privatisation in Beirut by the IATA executive): “To continue to advocate for a framework that best protects airline interests".

Recent events in Japan may suggest a way forward that achieves that aim.

This CAPA report in May-2019 (subscriber only) pointed to 44 airlines that have already invested in airports or may do so. Numbered among them were ANA Holdings (All Nippon Airways) and Japan Airlines.

At the end of May-2019 Japan's Ministry of Land, Infrastructure, Transport and Tourism (MLITT) finalised an implementation contract with Kyushu Kumamoto International Airport Corporation for the private operation of Kumamoto Airport under the terms of a 33-year concession contract.

The corporation is a special purpose vehicle established by the MSJA-Kumamoto consortium, with members including Japan Airlines, All Nippon Airways, Japan Airport Terminal and the Sojitz Corporation. The corporation will begin the operation of Kumamoto's passenger terminal facilities on 01-Jul-2019 and move to full scale private operation of the airport on 01-Apr-2020.

MSIA-Kumamoto has thus facilitated the cooperation of: two national airlines (both of whose services are coveted by the airport as leading airlines in the country, and which collectively have over two thirds of seat capacity already); the Stock Exchange-listed operator of Tokyo Haneda Airport, the World’s fifth busiest; and a general trading consortium which is already operating other Japanese airports. 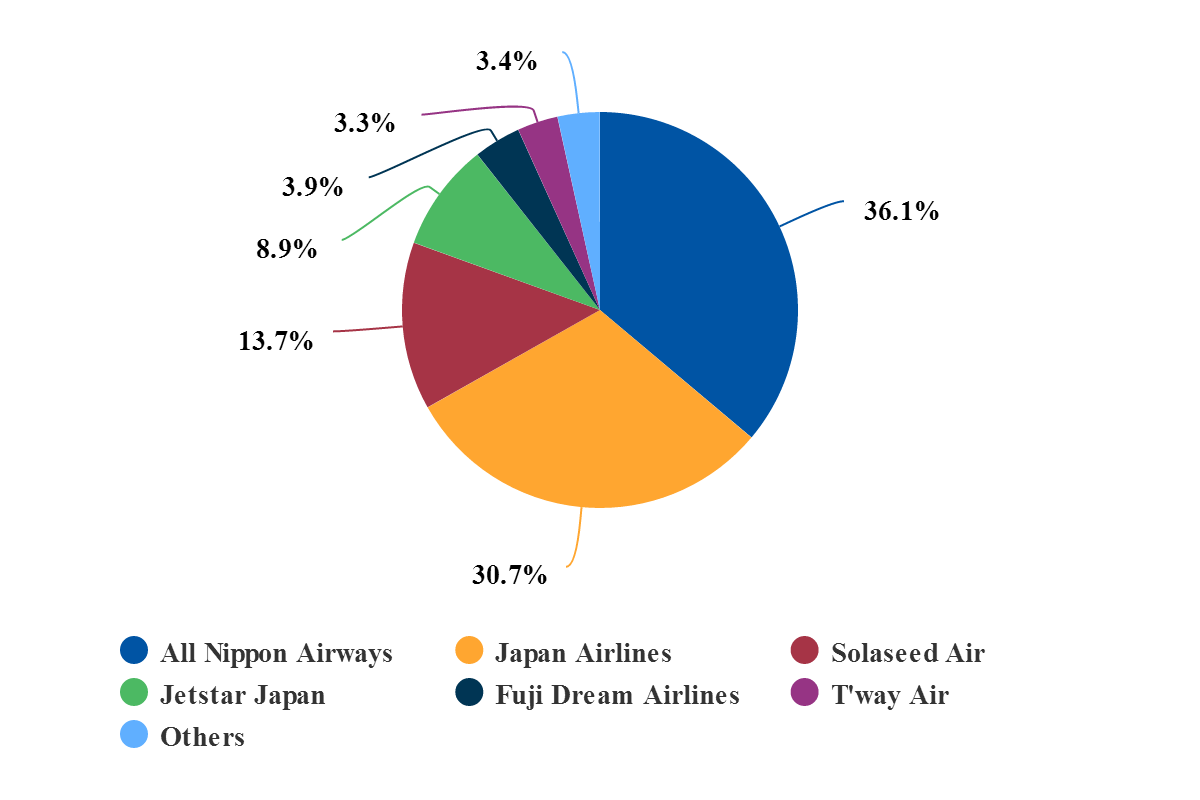 On the surface, that would appear to satisfy IATA’s two main concerns: that ‘multiple solutions’ should be possible; and that ‘airline interests are protected’.

The financial sector has not figured in this transaction (which is what MLITT wants; it certainly wishes to avoid ‘speculators’), but acknowledged operators have, along with the country’s two main airlines.