Airbus has increased list prices for its aircraft by 5.8% from Jan-2010, citing US dollar weakness and higher cost of materials and commodities.

The manufacturer cited very similar reasons last time it increased prices, back in May-2008 - another peak in the EU-US exchange rate. Then, Airbus expressed its concern about a US dollar at a two decade low, while prices for metal products, which still account for 40-50% of modern aircraft by weight, were up by 6.5%. In 2008, Airbus needed to “keep pace with the world market price developments and secure profitable deals”, now it is “the ongoing financial challenges” that is “forcing” the company into action. 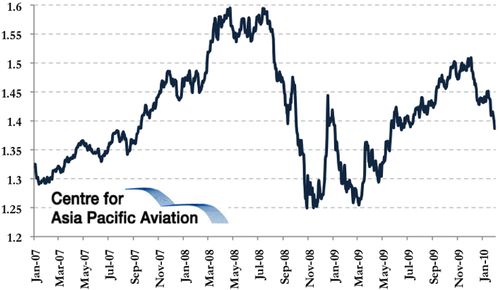 Boeing has not discussed any possible move on pricing.

List prices by themselves are as much a guideline as an actual figure, as aircraft orders with Airbus (and Boeing) are generally negotiated with substantial discounts. Even within the list prices, values for aircraft can vary by as much as USD14 million for narrowbodies and over USD20 million for widebodies.

According to EADS CEO, Louis Galois, every ten cent decline in the US dollar in relation to the Euro costs Airbus as much as EUR1 billion. In 2007, the devaluation of the US dollar was described as “life-threatening” by Airbus CEO, Tom Enders. The climb of the Euro towards 1.5 to 1 at the end of last year was labelled as “unbearable” by EADS.

More than half of EADS’ revenues are denominated in US dollars, however, the company’s costs are primarily in Euros, and, to a lesser extent, in Pounds Sterling.

In early 2007, EADS launched the Power8 restructuring programmes, aimed at cutting the company’s workforce by 10,000 and reducing its vulnerability to “the very substantial challenge of the US dollar weakness”. But, as recently as its 3Q2009 results (when it reported an EUR87 million loss), EADS was still citing exchange rate differences as contributing to weak results. The restructuring programme was based on a rate of 1.35 US dollars to the Euro - a level not far off. 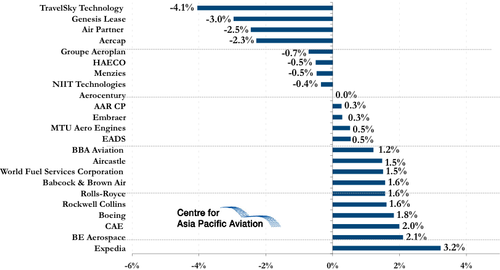