Airbus' positive momentum in 2010 continues, with the manufacturer’s Aug-2010 orders and deliveries report revealing orders for 15 new aircraft and deliveries of 37.

The Aug-2010 orders include the confirmation of seven A330s by Thai Airways, after an MoU was signed at the Jul-2010 Farnborough Airshow. CIT Leasing also placed an order for four A330s.

Hinting at a recovery in the corporate and business aircraft sector, Airbus booked four orders for its A319 ACJ. All four single aircraft orders were from new customers.

The manufacturer also proudly noted the delivery of three A380s last month. This takes deliveries of the A380 to 13 for the year. Airbus has again expressed its confidence that it will hit its target of 20 A380 deliveries this year. This would be an major plus for the programme, which has been a drain on engineering and management resources for the manufacturer. Airbus does not expect the A380 production line to achieve break-even on a yearly basis until 2015.

Deliveries are only just ahead of orders, with 335 Airbus aircraft going to customers so far this year. In addition to the A380s, Airbus has delivered 267 A320 narrowbodies, as well as 52 A330s and three A340 widebodies.

Shares in Airbus' parent EADS were down 1.2% on Friday. 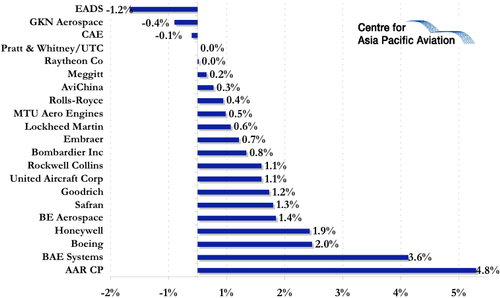 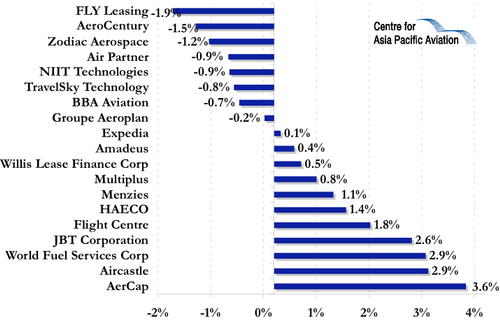