Germany’s second-largest carrier, airberlin, announced it has joined the Association of European Airlines, the trade body that represents Europe’s network airlines. The carrier has incrementally shifted towards the position of a hybrid carrier, mixing elements of the low-cost model with those of the more traditional network carriers.

airberlin is the AEA’s 36th member. Chief Executive Officer of airberlin, Joachim Hunold, said the airline sector should focus primarily on consumer interests “and make sure these are well understood in the political world”. He said “airlines should co-ordinate their efforts more effectively to boost the competitiveness of European aviation”.

Shares in airberlin eased 0.3% in trading on Monday, while shares in easyJet were down 0.8% and Norwegian shares up 3.2%.

Elsewhere, Japan’s All Nippon Airways will reportedly sign a formal joint venture agreement with First Eastern Investment Group this month to launch a new LCC. The carrier will operate 16 aircraft within four years and plans to operate domestic services and to points in China, including Beijing, Shanghai and Zhejiang. The carrier will be based at Osaka Kansai airport and is expected to be launched by Mar-2010. 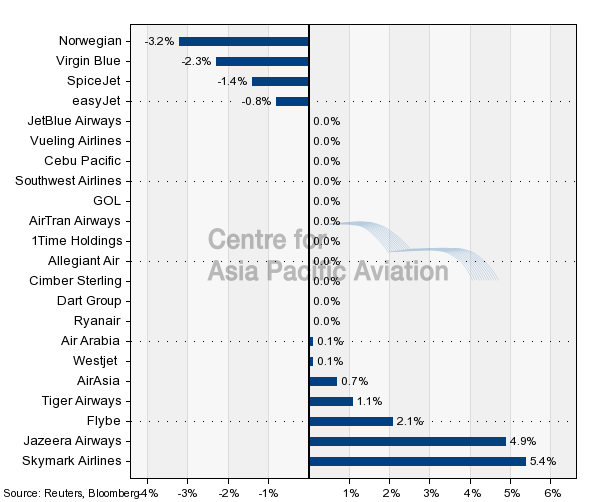