Quito is gaining access to a third European capital in 2019 when Air France’s subsidiary Joon launches flights to Ecuador’s capital from Paris. Mariscal Sucre airport’s other European destinations include KLM’s service to Amsterdam and flights offered by Iberia and Air Europa to Madrid.

With the launch of flights to Quito, Joon’s network in Latin America and the Caribbean will grow to three destinations. Quito is joining the airline’s existing service from Paris to St Maarten and Fortaleza in Brazil.

Quito is an interesting choice for Joon, but similarly to its position in the St Maarten and Fortaleza markets, the airline will face no competition on the new service. It’s a win for Ecuadorian tourism, whose contribution to the country’s GDP is forecast to grow at an annual rate of 4.5% from 2017 to 2027, according to the World Travel & Tourism Council (WTTC).

Air France’s hybrid, “lifestyle” airline Joon is approaching its one-year anniversary in Dec-2018. Joon was marketed as an airline that targeted the Millennial age set and recently, via its Twitter account, Joon stated that it had transported two million passengers (as of early Sep-2018) since its launch.

According to CAPA’s Fleet Database, Joon operates a fleet of 15 Airbus aircraft, 11 A320 family narrowbodies and four A340 widebodies.

Joon fleet summary as of mid-Sep-2018

Joon launched twice weekly services to Fortaleza earlier in 2018 as part of a strategy by partners Air France-KLM and Gol to create a hub at the airport, which is located in northeastern Brazil. As of mid-Sep-2018, Gol represents approximately 36% of Fortaleza’s domestic departing frequencies. 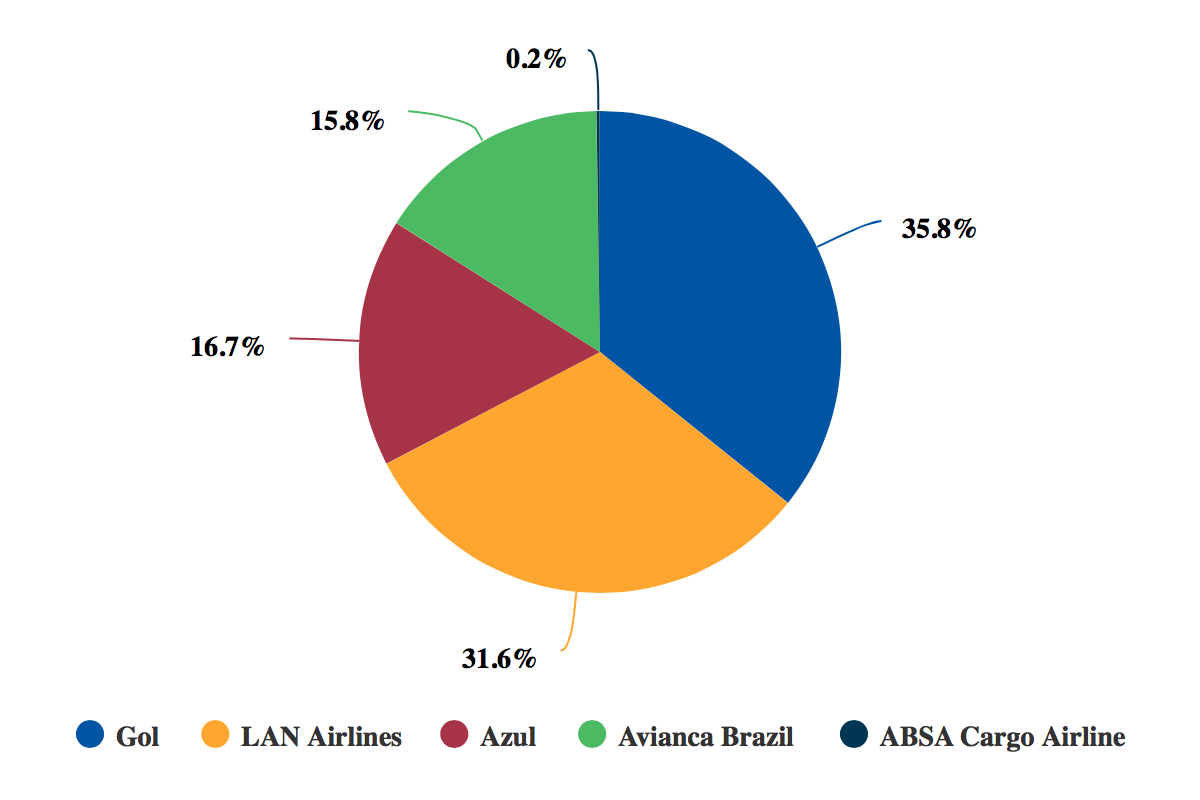 Given Gol’s position at the airport, Air France and KLM can market beyond connections beyond Fortaleza and Fortaleza as an endpoint, which results in a mix of O&D and connecting passengers. Gol has bolstered its operations in Fortaleza by 35%.

Joon has already outlined plans to operate three weekly frequencies between Paris and Fortaleza for the winter 2019 period.

St Maarten is obviously a leisure O&D market for Joon, and the island’s north side is controlled by the French. Joon operates two weekly services to St Maarten from Paris De Gaulle, and Air Caraïbes operates a single weekly fight to Paris Orly.

Fortaleza and St Maarten have distinct characteristics for Air France/Joon, but Quito in some ways is a less obvious choice for expansion into Latin America. Air France operates its own branded flights to other Latin American capitals and larger markets including Bogotá, Buenos Aires, Santiago, Caracas, Panama City, Rio, São Paulo and Mexico City.

KLM serves both Quito and Guayaquil in Ecuador, and codeshares with Air France in both those markets. Through those services Air France-KLM has gained some insight into demand patterns from Europe to Ecuador, and has decided that enough demand exists for direct service from Paris rather than a stop through KLM’s hub in Amsterdam.

Joon is operating a three-class A340 aircraft on services to Quito, with 278 seats – 227 in economy, 21 in premium economy and 30 in business class.  Some capacity for Quito appears to be freeing up with the cancellation of Joon’s services to Tehran.

All of the demand for Joon’s new service to Quito from Paris will centre in Europe – both local traffic from Paris, and presumably, some feed from Air France-KLM’s European services, which is likely necessary to support the number of seats Joon plans to operate on a weekly basis from Paris to Quito.

Ecuador is a popular destination, but faces economic challenges

Ecuador’s popularity as a destination has been growing during the past few years, and the country has been working to bolster tourism numbers. Its government has adopted an open skies policy to facilitate passenger growth.

But Ecuador is emerging from a recession. According to the IMF, the country’s GDP declined 1.6% year-on-year in 2016 before rebounding to an increase of 2.7% in 2017. The IMF’s projections for GDP growth in Ecuador for 2018 and 2019 are 2.5% and 2.2%, respectively, which are below historical averages. American Airlines has opted to drop services to Ecuador as part of broader adjustments to its Latin American network.

Joon’s fleet could grow to nearly 30 aircraft by 2020, and its network continues to grow. The new planned service to Quito rounds out the service footprint of the Air France-KLM Group to Latin America.

Having some experience operating to Ecuador, Air France-KLM has determined Paris-Quito is a viable market for expansion.