Air Austral back to Bangkok, Sydney and Noumea after Etihad-Seychelles partnerships frees capacity

Air Austral’s decision to reverse its suspension of Bangkok, Sydney and Noumea services comes shortly after Etihad Airways and Air Seychelles signed a strategic partnership, including Etihad taking a 40% stake and injecting USD45 million into the cash-strapped national carrier of the Seychelles. Prior to the Etihad agreement, Air Seychelles had reached an agreement with Air Austral for the La Reunion-based carrier to operate twice-weekly service from the Seychelles to Paris CDG.

Under the Etihad-Air Seychelles agreement, the Abu Dhabi-based carrier will provide management oversight and work with Air Seychelles to boost traffic primarily to Asia (and China in particular) and to Europe. By the end of 2011 Air Seychelles had announced its intention to end all intercontinental services, including to four European cities and Singapore, as it could not compete with more efficient carriers, particularly those with Gulf hubs, with its older aircraft.

Air Austral’s flight, originating in Saint Denis, La Reunion before connecting to Mahe, Seychelles for onward carriage to Paris CDG, would have provided Air Seychelles with its sole intercontinental air link. La Reunion and the Seychelles are part of the Vanilla Islands Group, an affiliation of small Indian Ocean island nations that are to work together to boost tourism and investment. The planned Air Austral-Seychelles service would have been the first significant act of collaboration since the Vanilla Islands group was formed in early 2011.

But after Etihad entered into the partnership with Air Seychelles in Jan-2012, Air Austral indefinitely postponed the Seychelles-Paris CDG service. It has since re-allocated the capacity back into system and decided to keep its weekly service to Bangkok twice-weekly service to Sydney-Noumea.

Air Austral’s Seychelles-Paris flight would also have been the first time in recent memory a partnership succeeded in a fragmented market and in which small countries acknowledged they could have greater strength by working together rather than each having their own small national airline. In the Pacific, Fiji’s Air Pacific was supposed to serve a number of small island nations, but those nations have continued to favour their own national carrier, even if unprofitable. Gulf Air was to serve a similar role in the Middle East, but gradually each country aspired to have its own carrier; Oman was the last to pull out, doing so in 2007, leaving Gulf Air focused on Bahrain. The Gulf region has since seen traffic balloon with individual carriers given geographic advantages, but the same cannot be said for the Pacific carriers or Vanilla Islands group.

Air Seychelles, with Etihad backing, to take on greater role

Air Seychelles will gain from the Etihad partnership, which has already seen Etihad second Cramer Ball, its Regional General Manager Asia Pacific South and Australasia, as Air Seychelles’ new CEO (the carrier’s fifth in as many years). Future developments include fleet planning for Air Seychelles, which could make the carrier a more formidable force in the Vanilla Islands – and continental Africa – if it focuses not just on intercontinental service to the Seychelles but also connecting services to other Vanilla Islands including La Reunion and Mauritius. Etihad has already spoken of “the Seychelles’ strategic geographic significance as a stepping stone between China and Africa”.

In the near future, Air Austral will remain the dominant carrier in the Vanilla Islands, especially to Europe, where La Reunion has ties given its status as an overseas department of France. That leaves opportunity for it to work with other nearby countries, especially if they come under further pressure from Etihad-Air Seychelles advancements.

Air Austral destinations as at Feb-2012 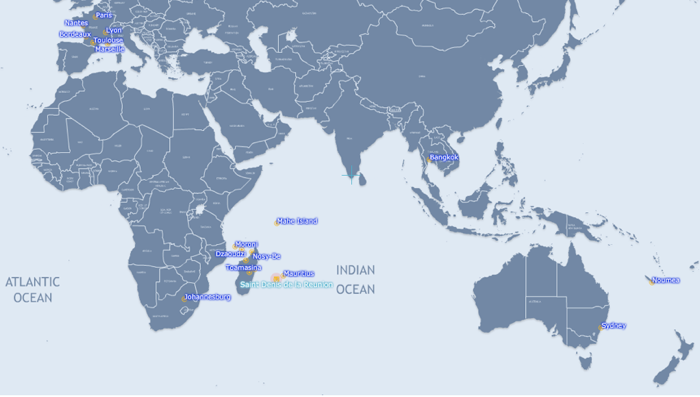 Air Seychelles destinations as at Feb-2012 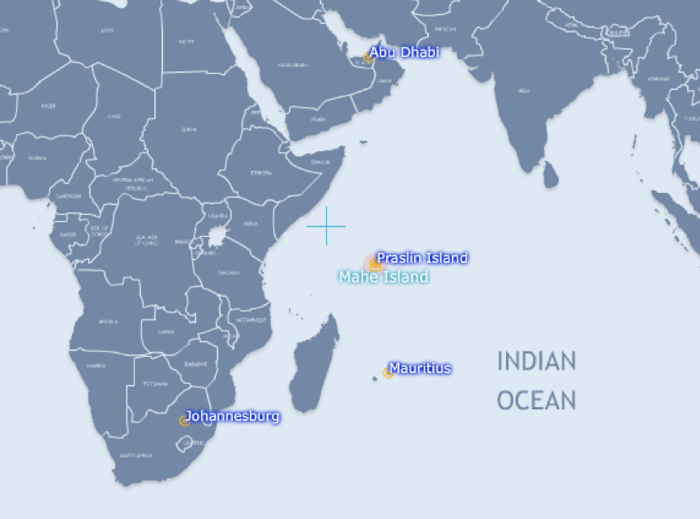