Air Arabia (-0.9%) slipped on Monday (29-Mar-2010) after HC Research cut its rating on the LCCs shares from ‘Buy’ to ‘Hold’, citing rising yield pressures, due to excess capacity and competition. The analysts also cut Air Arabia’s price target by 12%, to AED1.11.

HC Research noted Air Arabia’s early Summer fares, with discounts of over 40%, indicate the likelihood that yield pressure extended through to the peak period. The analysts added they do not expect strong dividend payments to continue, after the LCC announced a dividend payment of 10% of share capital for 2009. According to HC, this is holding Air Arabia’s share price up at present. 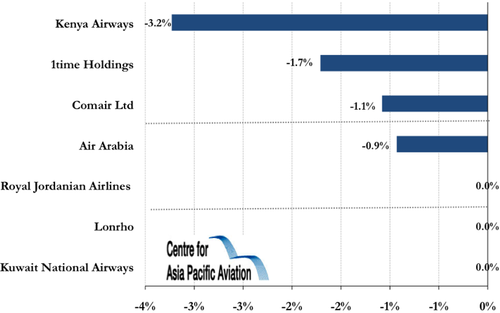