Air Arabia sets world record for A320; Wataniya takes delivery of seventh A320

Air Arabia stated it set a new world record when one of its A320 aircraft flew 30,000 flight hours in six years. Air Arabia received special recognition from Airbus, and was awarded for its operational efficiency and the new record.

Wataniya Airways CEO George Cooper stated the carrier has taken possession of its seventh A320 aircraft, configured with 122 seats. The aircraft is the carrier's third delivery of 2010. 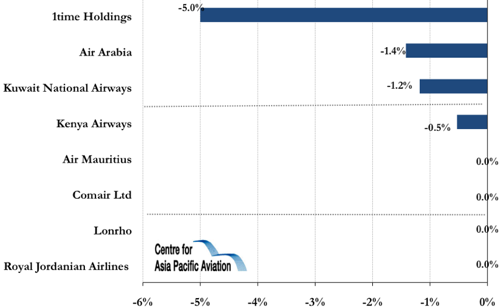