Air Arabia Maroc to operate from Brussels Airport; African shares on the decline

Unlisted South African Airways announced it experienced its best on-time performance in 10 years during Jul-2010 with 87.27% on all domestic and international services. The previous record was 88% in 1999. 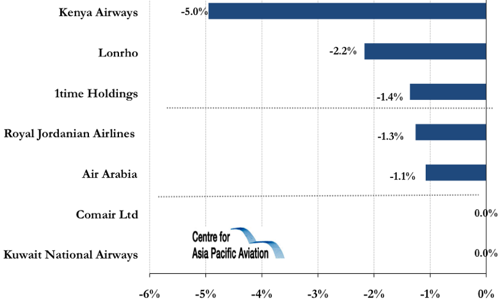