Air Arabia (+2.3%) announced plans to launch Casablanca-Alexandria service, with Egypt representing the 12th destination on Air Arabia’s growing network from Morocco. Meanwhile, the Dubai Financial Market rose by 2% to 1,568.88, the highest since 31-May-2010.

African shares were a mixed bag with Comair and Air Mauritius stable while 1time (+2%) and Lonrho (+2.3%) shares gained slightly. 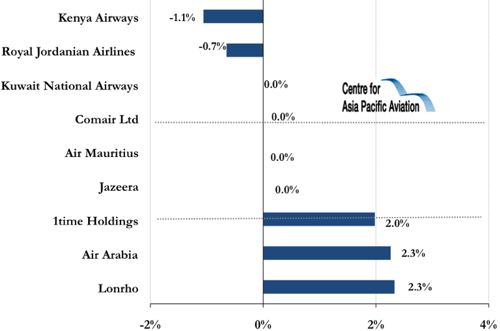